TikTok today has decided to add More Privacy Protection for Teenaged Users is Being Added on TikTok. One could literally say they are the latest tech company to roll out increased protections for minor users on the platform. This is however due to the wake of increased regulatory scrutiny. 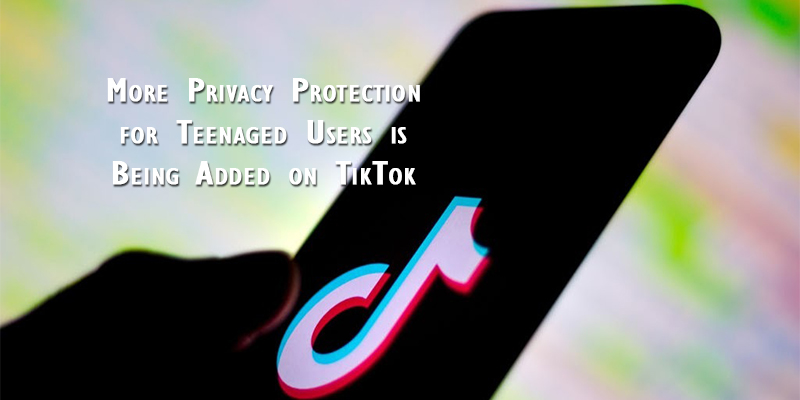 More Privacy Protection for Teenaged Users is Being Added on TikTok

TikTok says they will release a series of product changes for teenagers making use of the platform (age 13 to 17). This is aimed at making their TikTok experience more private, less addictive, and safer. Take note that this change can be traced back to similar moves recently announced by other tech companies catering to teenagers (these companies include Google, Instagram, and YouTube).

According to an article on Techcrunch, TikTok says new users aged 16 to 17 are going to have their direct message setting set to “No One” by default. Also, existing users would be prompted to review and confirm their settings the next time they use the messaging feature.

Accompanied with these privacy settings, the app will now display a pop-up message when a teenager under the age of 16 publishes his/her first video that asks them to choose who can watch their content. It could be followers, friends only, or themselves only. The everyone option is disabled for them.

The company has limited those who would come across accounts belonging to teenagers of which would reduce the visibility of their content to only the followers they approved when making use of the default settings. This is pushing teenagers to make a choice about how public they want their content to be.

The company further said it will disable duet and stitch for users under 16 however, this is not new. This was a part of the privacy changes that were rolled out in January 2021.