Monday.com is a powerful Resource Management software that helps teams plan and execute projects and deliver results on time, whether they are in the office, home, or on-the-go. Its ease of use and flexibility means fast onboarding for your team and the ability to customize workflows your way. With powerful productivity features such as time tracking, automated notifications, dependencies, timeline views, and integrations, your team can achieve better and faster results for every project milestone. 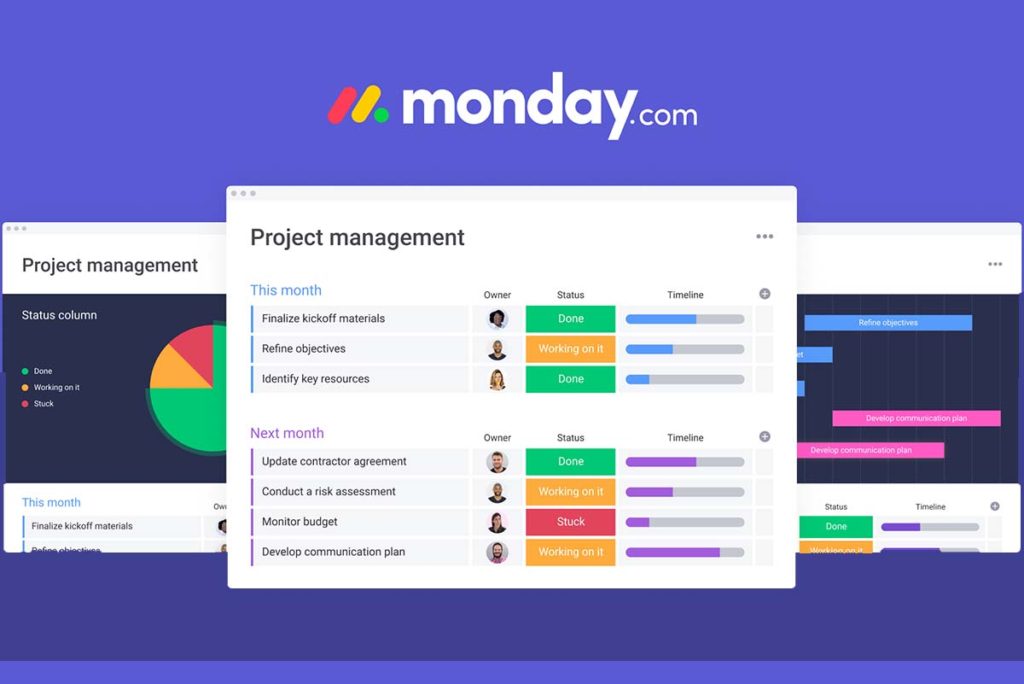 It is a project management tool that enables organizations to manage tasks, projects, and teamwork. As of 2020, the company served about 100,000 organizations, including many non-technical organizations. In July 2019, the company raised $150 million, based on $1.9 billion valuations. Monday.com won the 2020 Webby Award for Productivity in the category Apps, Mobile & Voice.

The product was created in 2010 as an internal tool in the Israeli company, Wix.com. In February 2012, the product left Wix to become a separate company named “daPulse”, with Roy Mann who was a former Wix employee as Chief Executive Officer (CEO). By August that year, the company raised $1.5 million in seed funding.

In June of 2016, the company announced the closing of $7.6 million in a Series A round. The round was led by Genesis Partners, with participation from existing backer Entrée Capital. In April 2017, the company raised $25 million. The round was led by New York-based firm Insight Venture Partners, with participation from existing Series A investors Genesis Partners and Entrée Capital.

In November 2017, the company changed its brand name from “daPulse” to “Monday.com”. In July 2018, the company raised a $50 million Series C funding round. The round was led by New York-based growth equity firm, Stripes Group, with participation from existing Series A and B investors, Insight Venture Partners, and Entrée Capital.

In July 2019, the company announced it raised a $150 million Series D round, bringing total funding to $234.1 million. The round was led by Sapphire Ventures with participation from Hamilton Lane, HarbourVest Partners, ION Crossover Partners, and Vintage Investment Partners.

Monday.com is a web and mobile app platform for work management, including tracking projects, team collaboration, and deadlines. The product is customizable to fit a wide range of business operations which includes R&D, marketing, sales, Information Technology, customer support, HR, and media production. The platform’s capabilities include more than 100 prebuilt automation recipes and over 50 integrations with other work apps. According to Forrester, Inc. “Monday.com excels at work management, delivering highly flexible planning and tracking capabilities.”

Version 2 of their Application Programming Interface (API) is based on the GraphQL structure (an alternative to REST-based API). As a result, the user can use the API to pull and/or alter data about users, updates, items, boards, tags and so much more.