Microsoft Purchases Activision Blizzard in Deal of $70 Billion. For all of those that thought Microsoft is done with big money gaming purchases after its $7.5 billion acquisition of ZeniMax Media last year, well you are all wrong, it seems. Today an announcement came from Microsoft concerning its intention to purchase Activision Blizzard for a staggering $68.7 billion. 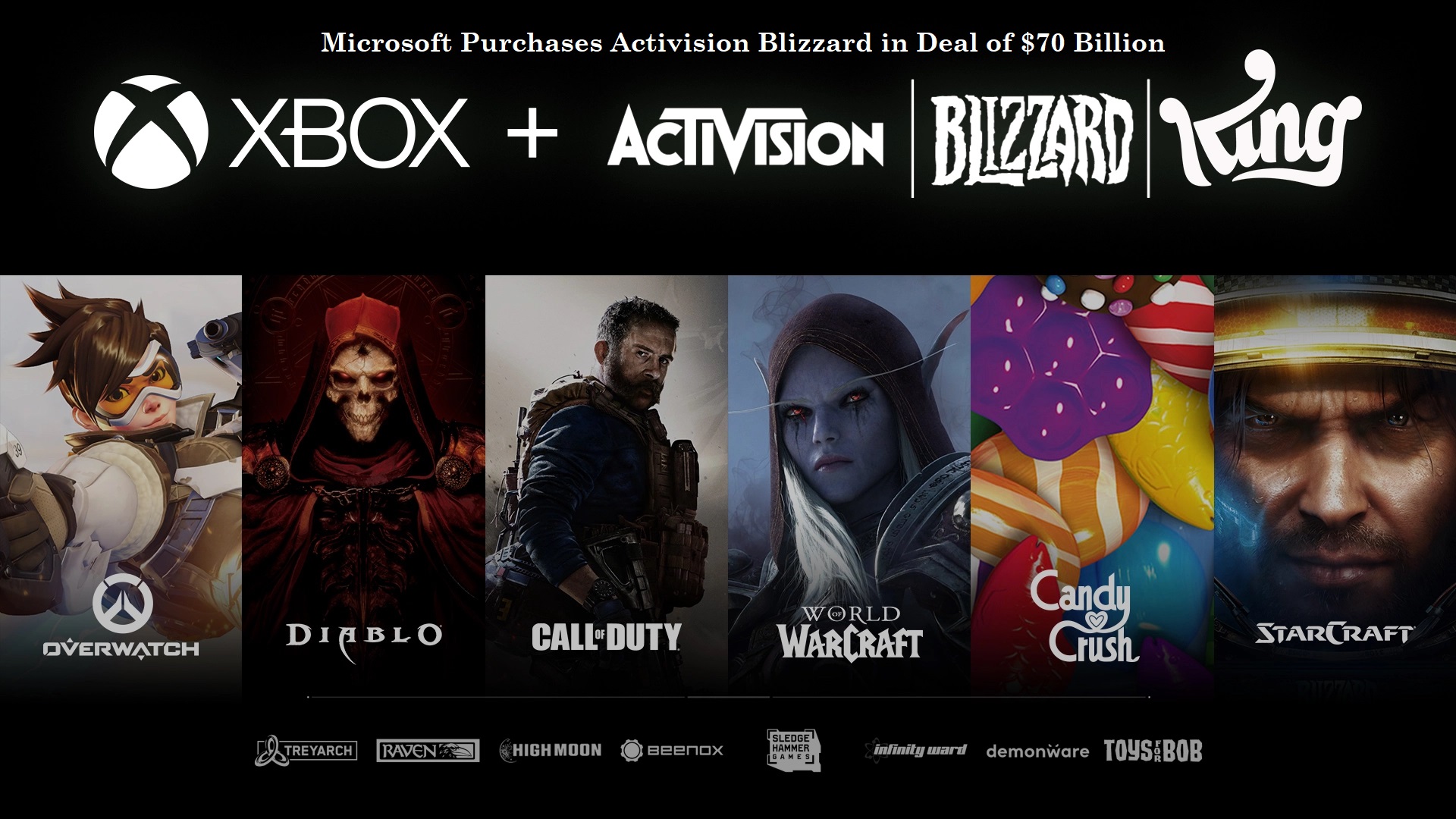 If this purchase goes through, the popular game franchise will come under the ownership of Microsoft, including Call of Duty, World of Warcraft, and even candy crush.

This is not just a Play for Microsoft to enhance its library of exclusive games or add to the ever-growing list of Xbox Game studios. According to Microsoft, this acquisition would boost the growth in Microsoft gaming business across mobile, PC, console and cloud, and it would offer building blocks for the metaverse.”

Still, the ambition of the metaverse is quite a big one from a gaming standpoint. Microsoft stated that it would bring Activision Blizzard games to Xbox Game Pass, although the company did not quite get any more specific about that. We are left to wonder if we would be seeing games like World of Warcraft in the game pass and if so if the players would be able to pay a separate subscription to play it.

While questions concerning a potential World of Warcraft debut on the Game Pass would go unanswered for the now, there’s no doubt that this is a major victory for Microsoft’s subscription service.

Activision is one of the publishers that has bought up a lot of game studios over the years, and now they will all be owned by Microsoft. We are talking about studios like the Infinity Ward, Toys for Bob, Treyarch, Raven Software, Beenox, High Moon Studios, and Radical Entertainment, so Microsoft is going to acquire a lot of existing franchises that would be making their way to the Xbox Game pass in the coming future.

Activision Blizzard will to Phil Spencer as CEO of Microsoft. In An image that gave details of headshots of the leadership team of Microsoft game in another post sent to Xbox Wire, Bobby Kotick’s picture could not be found anywhere.

Before talking about Activision Blizzard and Microsoft as the whole entity, this deal required to not just gain the approval of Activision Blizzard shareholders but regulators, too. if there is some gaming acquisition that’s going to gain the attention of regulators, it’s probably this one, so we would see how things would play out in the coming months. Assuming everything starts as smoothly, Microsoft would expect to close the deal in the fiscal year 2023.