News from The Verge states that Microsoft and Google Promise Billions to Help Support US Cybersecurity. They mentioned that Amazon and Apple are also offering new security training and devices.

This promise was made by the tech giants (Google and Microsoft) after a meeting with the president of the White House (Joe Biden) on Wednesday (August 25, 2021). 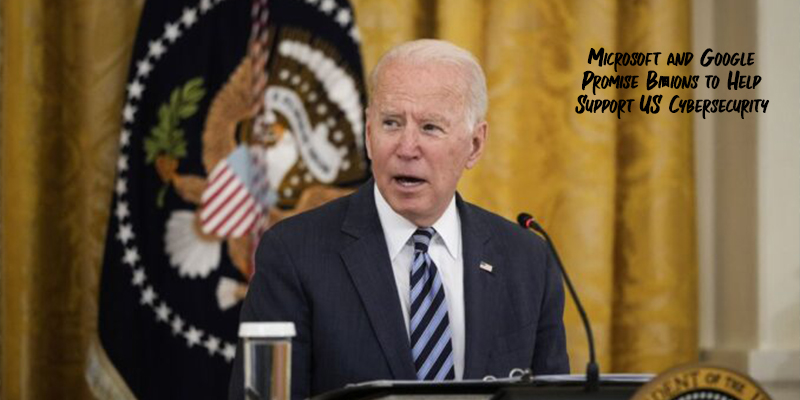 While the pledge from different companies is not exactly the same, it ranges from spending billions on cyberinfrastructure to offering supply-chain aid and education.

This Wednesday’s high-profile meeting with the tech giant’s CEOs came on the heels of major cyber-attacks against the United States Government agencies and energy infrastructure like the colonial pipe. In a quote, the president said

The reality is, most of our critical infrastructure is owned and operated by the private sector, and the federal government can’t meet this challenge alone

Microsoft and Google Promise Billions to Help Support US Cybersecurity

Following this meeting, Apple announced that it would work with its suppliers to drive mass adoption of multi-factor authentication. As well as providing new security training, vulnerability remediation, and incident response.

Amazon on the other hand plans to offer a multi-factor authentication device to all amazon web services account holders for free and to make the company’s employee security awareness training available to the public for free.

What Exactly Did Google and Microsoft Promise?

According to Google, they said they were going to spend more than ten billion (10,000,000,000) dollars over the next five years in other to strengthen the United States cybersecurity and software supply chain.

In addition to this, they promised to train more than a hundred thousand (100,000) Americans in data analytics and IT support through the company’s Career Certificate program. On Microsoft’s part, they said they would invest twenty billion (20,000,000,000) dollars making similar promises as Google.

With the promises made by several tech giants we all but hope to see new changes in the United States cybersecurity through the course of the next five years. These changes hopefully will strengthen the country’s cybersecurity.

How to Check your Debit Card Balance