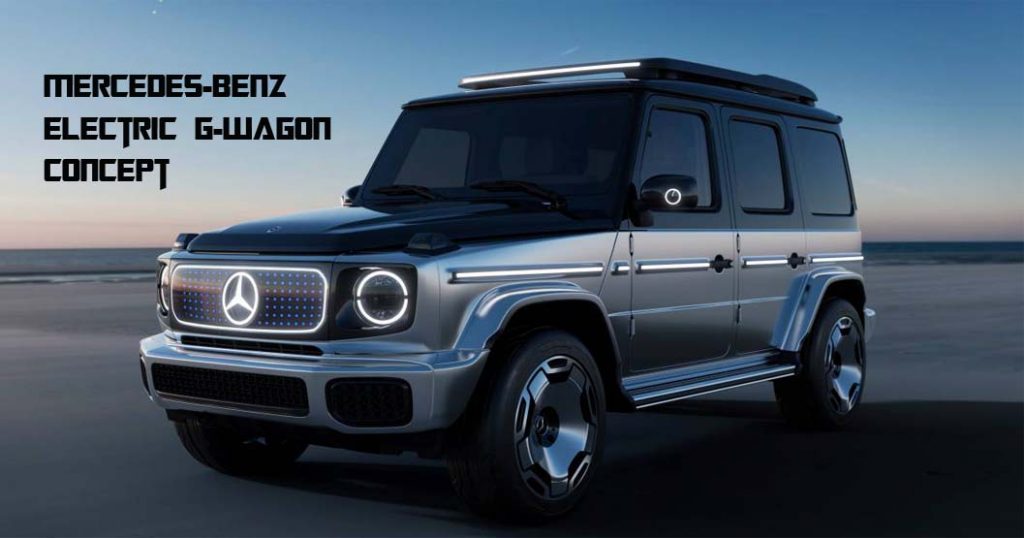 Officially this concept is known as concept EQG. Officially unveiled at the 2021 IAA mobility show in Munich. But however ‘Mercedes-Benz didn’t give out many details about this futuristic concept g-wagon. There are no official mentions of battery size, estimates for range, or even the power output for the car. The car however will be an all-wheel-drive with each wheel 22 inches having a low and a high gear.

The concept EQG is closer to a design exercise now than ever. And it will be revealing Mercedes-Benzes attempts on how they plan to modify the new generations of the G-class first unveiled at the 2018 Detroit auto show. The concept EQG used the same kind of two-tone paint job that Mercedes Benz used in the first editions of its EQS sedan. This is not the first time the company is trying the illuminated grille style on its vehicles and this time around it doesn’t look so out of place.

When the EQG will be available still remains unknown at the moment. But one thing we all know is that the unveiling day is closer than ever. And when it does arrive, it will be joining an already crowded field of electric vehicles that also can handle rough terrains. Just recently, general motors revived the hummer brand and they are making all-electric versions of it, two to be precise, a pickup truck and an SUV.

EV startup on the other hand is about launching its very first pickup truck with an SUV coming late this year also. Another company to join in on the trend is ford as it has teased about an all-electric version of its newly revived bronco SUV and will be hitting the road real soon eventually.

The G-Wagon brand has always been a status symbol type of vehicle as it is all about venturing off-road. Enthusiasts should be expecting the same type of features that Mercedes Benz has been introducing in its newest and expensive vehicles just like the EQS sedan. And if only Mercedes could do the same to the EQG as it has done to the EQS and EQE, then the all-electric g-wagon concept should be something to look out for.