Talking about the major differences between Medicaid vs Medicare. Medicare is basically a medical insurance program that serves primarily people over 65years and younger disabled people and dialysis irrespective of their income. When it comes to Medicare, patients may actually pay some or part of the costs via deductibles mainly for ho 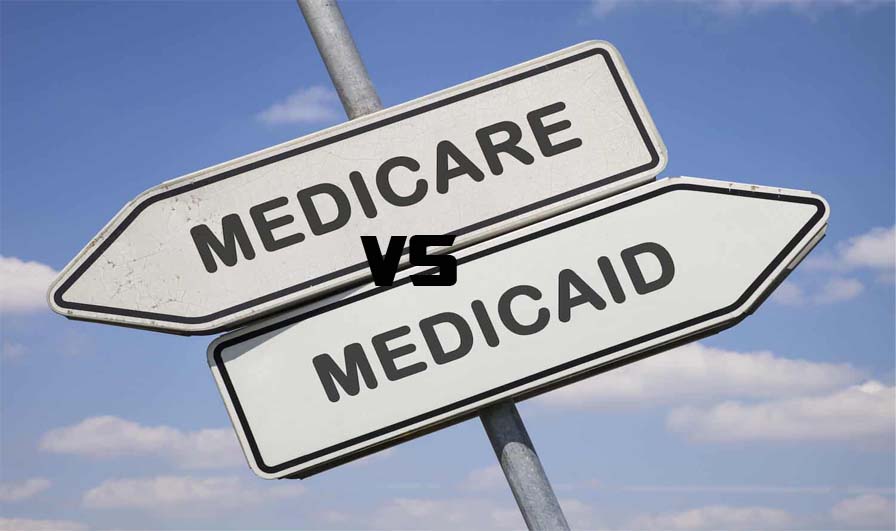 spital and other costs. You should also note that Medicare is a federal program and it is the same in all parts of the United States which is run and overseen by the centers who are in charge of the Medicare and Medicaid services.

Now when talking about Medicaid, Medicaid is basically just an assistance program that serves people of low income irrespective of their age. Most times patients usually do not pay any part of the costs for covered medical expenses. Unlike Medicare, Medicaid is a federal-State program that actually varies from state to state and it is run and managed by the state and local governments within the federal guidelines.

Can I Have Both Medicaid And Medicare?

Definitely Yes!! You can actually qualify for both Medicare and Medicaid. Those who have this dual eligibility are called dual-eligible. When you have Medicaid and Medicare full coverage, it is likely for most of your health care costs to be covered and you can obtain your Medicare coverage through Original Medicare or a Medicare Advantage Plan.

Is It Better To Have Medicare Or Medicaid?

We can’t actually say Medicare is better than Medical, they both have their advantages and disadvantages, but Medicare basically provides medical coverage for many people age 65 and older and those with a disability and Eligibility for Medicare has nothing to do with income level. Medicaid is designed for people with limited income and is often a program of last resort for those without access to other resources

Is Medicaid Bigger Than Medicare?

Medicare is essentially for people who are over age 65 or have a disability. While Medicaid is for people with low incomes but some people are actually eligible for both. Nevertheless, the differences between Medicare and Medicaid is way bigger than that

What Are The Disadvantages Of Medicaid?

Both Medicare and Medicaid have their advantages and disadvantages. But in this article, we would just be listing some but a few out of the disadvantages of Medicaid below;

Not all part of the Medicare coverage is free. Part A which is called hospital insurance is the only free part for most Americans and if you are qualified for social security. You will automatically be qualified for PART A insurance.

How Can I Get Free Medicare?

To get the Medicare Part A insurance. You must have met up to the below eligibility requirements. It is free for you if you;

Who Qualifies For Free Medicare B?

Now for Medicare B which is not free, you are qualified so far you are 65 years or older, a U.S. citizen, or a permanent resident lawfully residing in the U.S for at least five continuous years.