The Mecha Cuddle Master was Revealed in Fortnite Crew Pack for June. Recently, Epic content coming to Fortnite crew subscribers was revealed. At the center, the next subscription bundle is the bright pink Mecha Cuddle Master skin, an interesting version of the Cuddle Team leader outfit that swaps out the cuddly bear mask for a robotic suit. 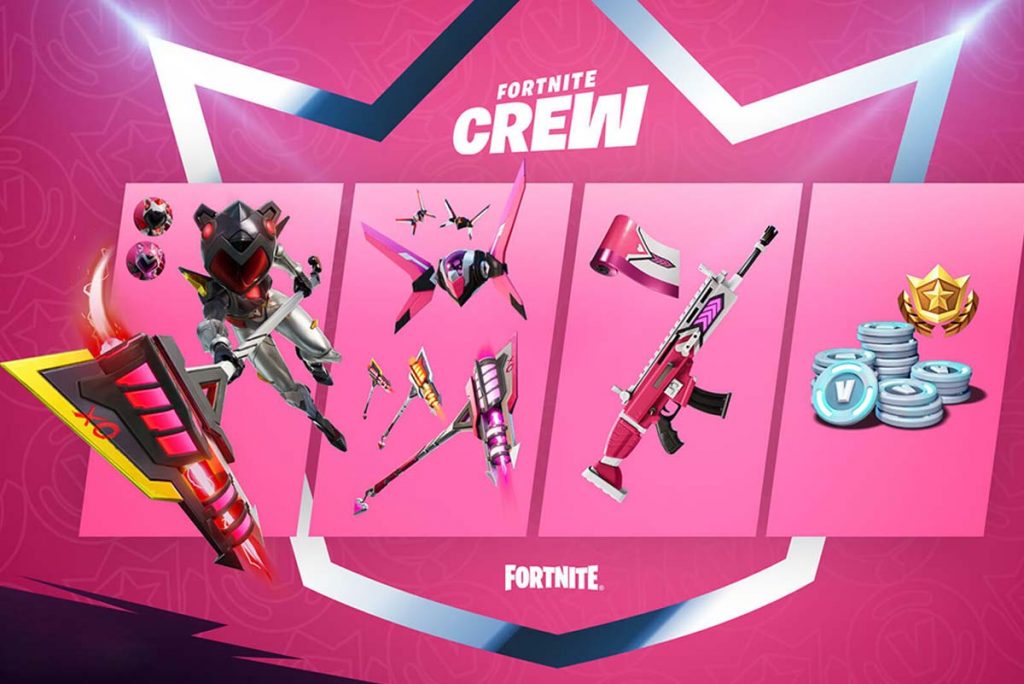 The Fortnite Crew Subscription costs only $11.99/month, offering players one skin every single month as well as 1,000 V-Bucks to use for buying items in the shop and some other perks. For June, players are expected to receive the Mecha Cuddle Master Skin and its related Nuzzle jet Pickaxe, Cuddle Mech Wrap, and Psytronic Bow Back Bling. The pink version happens to be the default, but it would also include white/black and white/red styles.

If you sign up for this upcoming June bundle, you would automatically get the games chapter 2 season 7 Battle Pass. If you choose to purchase the Battle Pass right before you sign up, Epic stated that you would get your 950 V-Bucks returned right back to your account. Spotify promotion still remains on, as well, with the Fortnite Crew subscribers getting you about three months of premium if they claim the code right before Junes 30 at 8PM ET.

Epic stated that if you sign up for the subscription before the 31st of May at 8PM ET, you would be able to access the May Crew bundle, which includes the Deimos skin, plus loading screens and the cosmetics that are related. June’s subscription bundle would also come with four cuddle-themed loading screens.

Next Month Fortnite would release the big season 7, unleashing aliens on the battle royale island. We are not aware of what to expect from the upcoming season; it is likely that the island would be changed in some way and most likely the crafting system will either change or be removed. The new season would drop on June 7, so you would have less than 2 weeks to complete all your season 6 challenges.