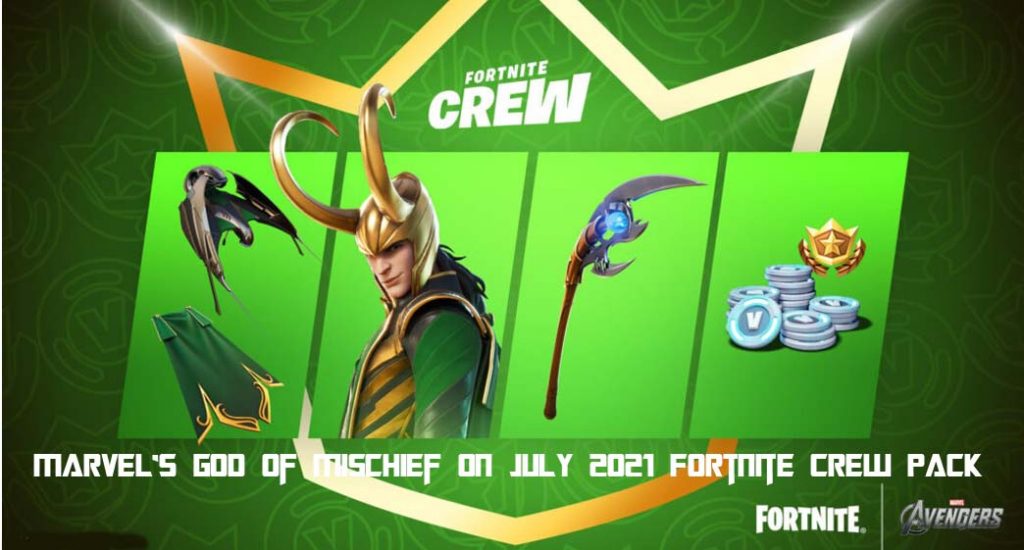 The pack basically revolves around Loki, especially on the god of mischief found in Marvel’s superhero universe. Players that are yet to purchase the Season 7 battle pass would receive the next month’s crew pack, as well as other rewards.

The company revealed recent its plan for the next month’s Fortnite Crew Pack but did not actually get the Loki skin. We have heard rumors concerning the god of mischief that would arrive on the battle royale island soon enough. So it would not be surprising to see that it would be made available as the subscription part.

The bundle for Loki would be taking the place of the Mecha Cuddle Master Crew pack that was offered in June. Players would also receive the 1,000 V-Bucks along with the Loki Skin. As well as a skin’s pickaxe and back bling – though. We are yet to know what those two latter items would actually look like as Fortnite has not revealed it.

There are also about five days remaining in the current season’s battle pass, so we would likely see the bundle for July in the future that is actually very near. If you happen to be a current Fortnite Crew subscriber, you would still be in possession of the Mecha Cuddle Master and other items.

Let’s just say that the much larger Loki crossover that was recently rumored was true. We are likely to be expecting the skin that would hit the item Shop at a minimum. This also happens to be the first time that Marvel characters entered the game. And not all the players are happy that they are once again back.