Do you have Levi Strauss Jeans? Levi Strauss & Co., the world’s largest maker of pants, noted especially for its blue denim jeans called Levi’s (registered trademark). Its other products include tailored slacks, jackets, hats, shirts, skirts, and belts, and it licenses the manufacture of novelty items. The company is headquartered in San Francisco.

The company traces its origin to Levi Strauss (1829–1902), a Bavarian immigrant who arrived in San Francisco in 1850 during the Gold Rush, bringing dry goods for sale to miners. Hearing of the miners’ need for durable pants, Strauss hired a tailor to make garments out of tent canvas. Later, denim was substituted, and copper riveting was added to pocket seams. A merchandising partnership of Strauss and his two brothers, Jonas and Louis, was formed in 1853. 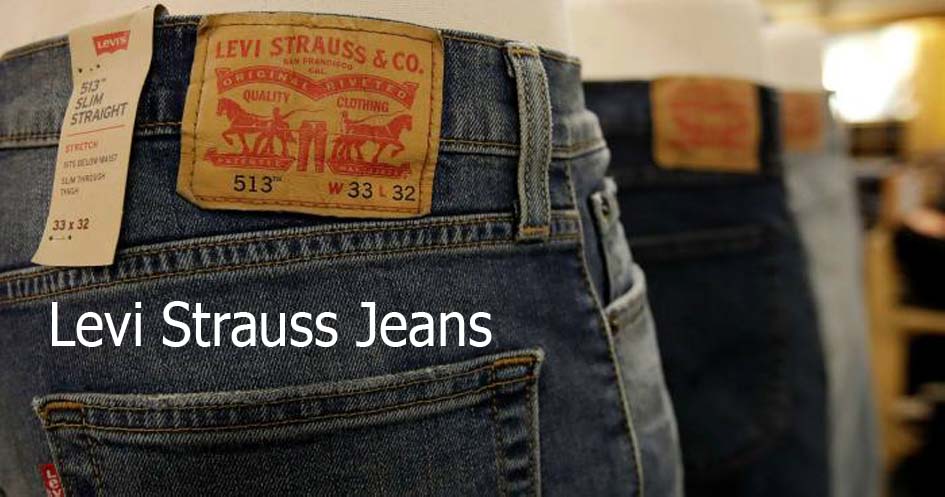 After Strauss’s death in 1902, leadership of the company passed to four nephews and, after 1918, to in-laws, the Haas family. The company’s most spectacular growth occurred after 1946 when it decided to abandon wholesaling and concentrate on manufacturing clothing under its own label. By the 1960s, Levi’s and other jeans—once worn chiefly by American cowboys—had become popular worldwide. When the company went public in 1971, it was operating in 50 countries.

In 1985 the Haas family, along with other descendants of Levi Strauss, staged a leveraged buyout that returned the company to private ownership. In 1986 Levi Strauss & Co. introduced in the United States a new line of casual pants called Dockers; the brand was released in Europe in 1994.

During the 1980s, because of increasing competition and financial difficulties, Levi Strauss closed nearly 60 of its U.S. manufacturing plants and began shifting production overseas. In 1990 a class-action lawsuit against the company alleged that it had closed its plant in San Antonio, Texas, and relocated it to Costa Rica to avoid paying pension, disability, and other benefits to its workers; the case was eventually dismissed. The last two U.S. manufacturing plants were closed in 2004. However, in the following decade, some production of Levi Strauss items returned to the United States.

In 1991 an investigation revealed that some products that Levi Strauss had represented as made in the United States were actually manufactured in the Northern Mariana Islands (a U.S. commonwealth) by Chinese laborers working in illegal sweatshop conditions. The subcontractor managing the island factories was fined nearly $10 million by the U.S. government, and Levi Strauss subsequently took steps to improve labor standards and inspection practices for its offshore suppliers.

In 1996 Levi’s Vintage Clothing (LVC)—a line of reproductions of clothing items from the Levi Strauss Archives—was introduced worldwide. The company later launched (2003) the Signature by Levi Strauss & Co. brand. A more affordable line of jeans and casual wear. And in 2007 Levi Strauss partnered with the French company ModeLabs Group to develop a series of Levi’s-branded mobile telephState

Despite these moves, sales stagnated, and in 2011 Levi Strauss hired Chip Bergh as CEO. He was credited with turning the company around as he instituted various changes, such as modernizing its e-commerce division and expanding overseas markets. In March 2019 Levi Strauss went public again, and its IPO raised more than $620 million.