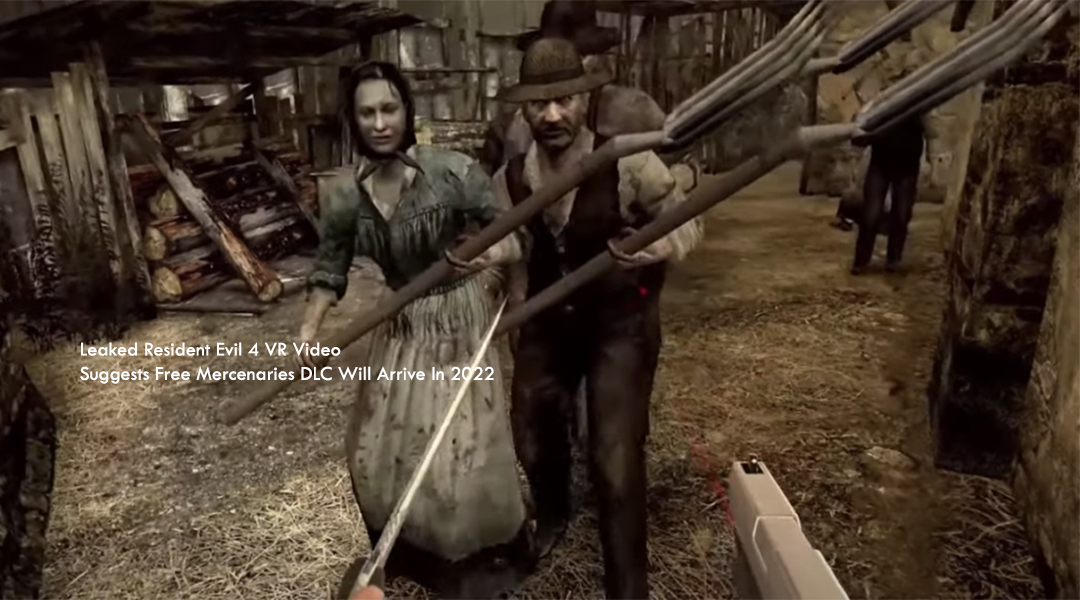 According to the report, a trailer for the highly-requested Mercenaries mode briefly appeared on the Oculus YouTube channel before it got taken down.

However, some users still managed to save the trailer and repost it on YouTube. The leaked trailer says that The Mercenaries DLC is “arriving in 2022” as a “free update on Meta Quest 2.”

According to The verge, some fans of the series were very disappointed to find out that Mercenaries wasn’t included in the RE4VR, which challenges you to kill hordes of enemies and rack up as many points as possible before the timer runs out.

As UploadVR notes, The Mercenaries mode has been present in all versions of RE4 except for RE4VR. You could also find the mode in RE3: Nemesis, RE5, RE6, RE Village, and in its own spinoff RE: The Mercenaries 3D.

RE4VR came out on the Oculus Quest 2 last month without the add-ons that the game came with in the past, including The Mercenaries, Separate Ways, and Assignment: Ada. Our review of the RE4VR gives you a better look at how the base game plays, which turned out to be better than we thought.

As you can also see from the leaked trailer, Facebook (which now belongs to Meta), has replaced the “Oculus Quest 2” with its revamped name and logo, calling it the “Meta Quest 2.”

The rebranding has even seeped to the Oculus website, where you’ll see Meta’s name and logo stamped in the top left corner of the screen (via UploadVR). Meta plans on phasing out Oculus branding in 2022, just in time for The Mercenaries’ potential release.