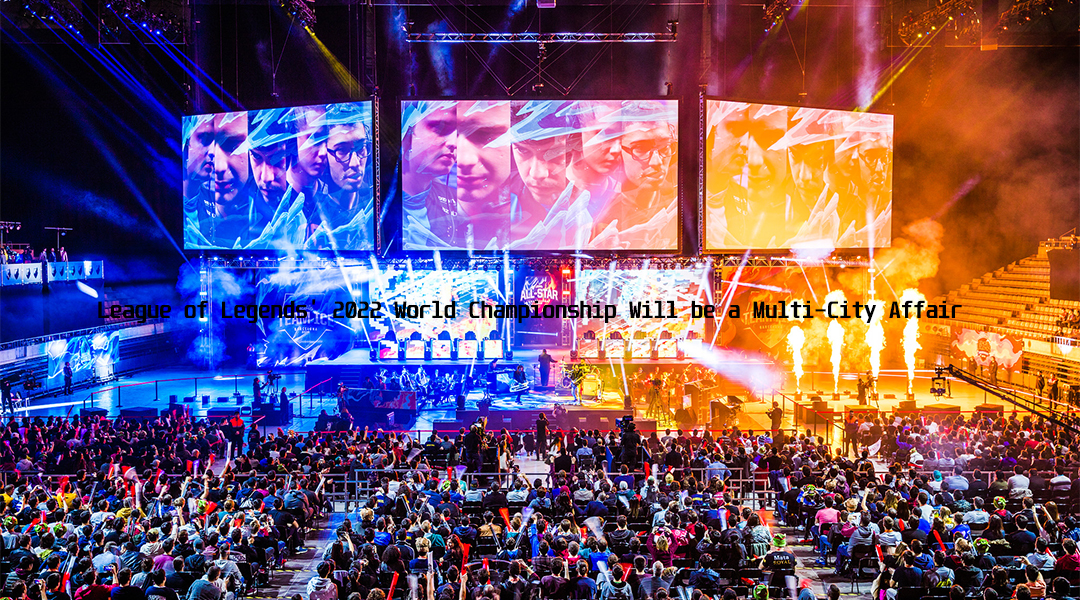 According to the verge, the announcement was made ahead of an NBA match between the Warriors and Raptors at the Chase Center in San Francisco.

Riot says this will be the first-ever multi-country edition of its annual competition; it’s also the first to take place in North America since 2016.

Things will start out with the play-ins portion of the event in Mexico City (the Liga Latinoamerica competition arena), followed by the group stage and quarterfinals in New York (the Hulu Theater at Madison Square Garden), semifinals in Toronto (Scotiabank Arena), and culminating with the finals in San Francisco (Chase Center).

2021 Edition of Worlds Wrapped Up

The 2021 edition of Worlds just wrapped up earlier this month in Reykjavík, Iceland, after originally being planned for Shenzen, China. (The competition moved countries due to the pandemic.)

The month-long tournament featured no fans in attendance, as underdog Edward Gaming topped defending champions DWG KIA, though it seems Riot is expecting that to change in 2022, given its plans to host matches in large NBA arenas.

“We’re thrilled to bring the full scale of our global sport back to North America, and, COVID permitting, welcome fans into the stands across three countries and four different cities,” Naz Aletaha, global head of LoL Esports, said in a statement.

League of Legends is a team-based strategy game where two teams of five powerful champions face off to destroy the other’s base. Choose from over 140 champions to make epic plays, secure kills, and takedown towers as you battle your way to victory.

Players work with their team to break the enemy Nexus before the enemy team breaks theirs. League of

Legends is a complex game that involves both high-level strategy and fast-paced gameplay. Skilled.