Kiddle can officially be accessed at kiddle.com. Yes, that is the official kiddle website. Most people often use .com and get redirected to another entirely different page. For this reason, a lot of people have concluded that it is a scam. Well, it’s not. 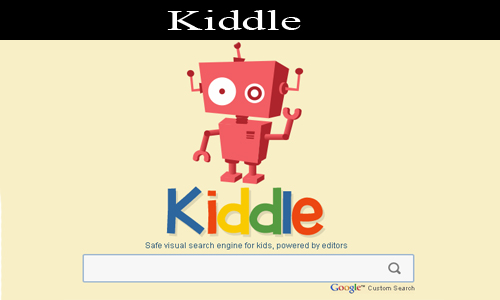 In fact, if you care for the safety of your child’s online presence, then you’ll make them use this platform. If your children are looking for images for projects or researching school assignments, I recommend you encourage them to use kiddle as it would yield better results.

Kiddle is a web search engine that also comprises a free online encyclopedia. Its mission is to emphasize safety for young children. It may also interest you to know that this platform is powered by Google and employs the SafeSearch algorithm along with some filters.

When a user enters a topic in the address bar and makes a search, this platform returns and ranks its findings. The ranking of this platform is based on an easy reading level so young children can understand.

The kiddle domain was officially registered in 2014. The designers of this great search engine used the “.co” domain to emphasize that it’s for “Children Only”. Kiddle later became very popular on social media in 2016. It even became a meme due to blocking some certain words regarding sexuality for a short period of time, but now it has unblocked them.

This platform uses an outer space theme for its home page and all its pages. The home page usually appears like a Google custom search window. Whenever a user makes a search, the first three results are deemed safe and are written specifically for kids. They have also been checked by the kindle editors. The first results are usually presented in kid-friendly language.

How Safe is Kiddle Google for Kids?

The Kiddle tagline is a “safe virtual search engine for kids.” Like I said before, this site has been around for a few years and is not the only one marketed as child-friendly. Some other similar services include Kidrex. To be very clear, kiddle is not reinventing a new search engine either is it owned by Google, or it is just a highly customized version of Google’s search engine.

Why Should Your Kids use Kiddle?

The whole idea of kiddle is to provide a kid-friendly search engine for your kids. It is just to employ Google safe search options to keep your kids from seeing what they shouldn’t see. There is a thick layer of filters that sanitize search engines from any potential inappropriate website or image.

Kiddle is like a gift for children that children can use to navigate the internet alone. This platform removes all rated eighteen contents from their search results. With this, children are left with only the educational aspect of the internet. Who wouldn’t want this for their kids?

How to Use Kiddle to Search

You can use kiddle to search in very simple steps. Here are the steps;

That’s it for searching on Kiddle. Using the search engine is very simple and also brings out fast search term results.