Japan Puts New Restrictions on Stablecoins. Japan is proposing new restrictions that would only allow banks and wire transfer services to issue stablecoins, this was first reported by Nikkei Asia. 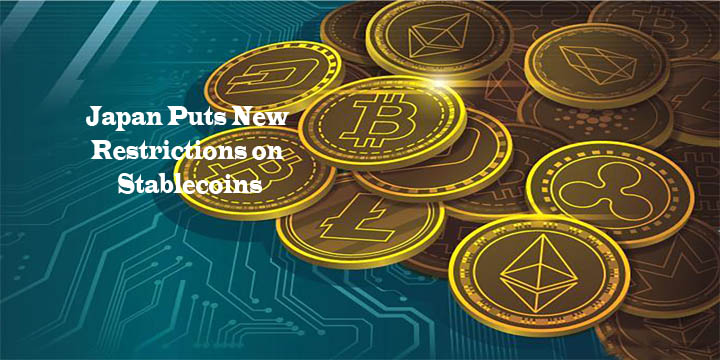 Stablecoins is said to be a type of digital currency that is been pegged to an external asset, like a fiat currency, gold, or other investments, in an attempt to keep the coin at a stable price. Tether is one example of a stablecoin, and it’s no stranger to controversy.

In October, it was fined $41 million for old claims that each token was backed 1-to-1 by its cash reserves according to the CFTC, “Tether reserves were not ‘fully backed’ the majority of the time.”

In an article, the verge said that the country’s Financial Services Agency (FSA) plans to introduce the legislation in 2022, following similar plans to regulate stablecoins in the US.

In November, the US Treasury Department encouraged Congress to pass legislation that would prevent any other entities besides banks from issuing the currency.

The Treasury cites that this would help stave off “runs” in which people start cashing out coins all at once in fear that the issuer of the currency may go under, potentially destabilizing other financial markets as a result.

Shortly after, the Federal Reserve, Federal Deposit Insurance Corporation, and the Office of the Comptroller of the Currency announced that the agencies planned to clarify the rules and regulations surrounding cryptocurrencies in 2022.

In addition to the limitations on issuing stablecoins, Japan’s FSA also intends to tighten other rules. The agency will oversee wallet providers that engage in stablecoin transactions and require them to follow certain security protocols, like reporting any suspicious activity and verifying users’ identities.

Japan also plans on launching a yen-based cryptocurrency in 2022. The currency which may be called DCJPY will be backed by bank transactions and is supposed to expedite large transfers of funds between companies.

A stablecoin is a cryptocurrency whose value is fixed to another asset, often currencies such as the U.S. dollar or the euro, though other assets are possible. This kind of crypto coin tracks the underlying asset, making its value stable over time, at least relative to the currency it’s pegged to.

How to Make Money On Stablecoins

You can earn interest on your stablecoins by holding them for the long term, but this strategy is essentially a riskier version of putting money in a savings account.

Other ways to make money with stablecoins include lending and staking. When you lend stablecoins, you can earn interest payments from borrowers.

The most common stablecoins of 2021 are listed below;

The above are lists of some of the known stablecoins this 2021.