Yes, It Seems Nvidia Will Be Launching an RTX 3090 TI After All. Nvidia could be sticking with the iconic Ti branding, as the rumored RTX 3090 Super may be the RTX 3090 Ti instead. But the change isn’t in name only, as the rumored graphics card will supposedly boast more CUDA cores, faster memory and more. 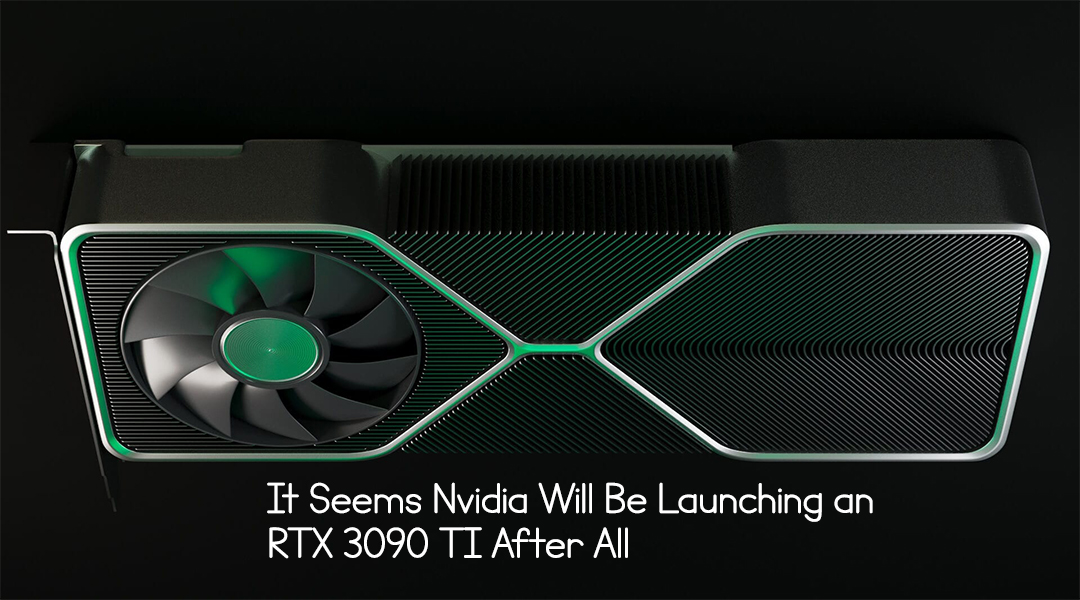 According to techradar.pro, The RTX 3090 Ti will apparently have up to a 450W TGP (Total Graphics Power), which is 100W higher than the standard RTX 3090, according to VideoCardz sources. And while that sounds like a lot of power, remember that this hasn’t been confirmed by Nvidia, and you should take it with a grain of salt

All these sources also claim that the RTX 3090 Ti will launch in January 2022, perhaps at CES 2022, alongside the RTX 3070 Ti 16GB and RTX 2060 12GB. Of course, the GPU itself as well as the release date is all still unconfirmed information, so take it with a grain of salt.

And with how pricey the RTX 3090 already is, we don’t know if Nvidia even has plans to replace it with a more powerful version, and we won’t know what Team Green is planning until it decides to pull back the curtains. Hopefully, we see it at CES, because that show isn’t too far away.

Initial rumors revealed that the GPU will have a new power connector as well, though it’s not confirmed whether it’ll be compatible with the PCIe Gen5 interface. But, it’s very unlikely, as Nvidia probably wouldn’t introduce a new interface in the middle of a generation we’ll likely see PCIe 5.0 starting with the RTX 4080 in 2022 at the earliest.

The new and improved GPU is rumored to feature 10,752 CUDA cores, which is 256 more than the current RTX 3090, and 2 additional RT cores. VRAM may be clocked at  21 Gbps, compared to 19.5Gbps, and has 24GB of GDDR6X memory. Faster memory would potentially give it over 1TB of memory bandwidth, which would be excellent for creatives.

Because if Nvidia does launch this thing, and it ends up being more expensive than the original graphics card, it will likely be out of reach for most gamers, and instead appeal more to creative professionals, who would use it in something like Blender or Adobe Premiere.

After all, while Nvidia originally pitched the GeForce RTX 3090 as an “8K graphics card”, it was more a replacement to the Titan RTX, which was not a gaming card at all.

But Nvidia is selling out of all of its gaming cards either way, even with the inflated prices, so it’s possible the company will take advantage of that to sell an even more powerful GPU.

How to Protect your Online Banking Information