Is Halloween a sin? Many religious experts and practitioners all over the world have cited their disgust towards the holiday and not a holiday and in other parts of the world. But what really is Halloween and why is it celebrated? In general, is celebrating Halloween bad, is it a sin? 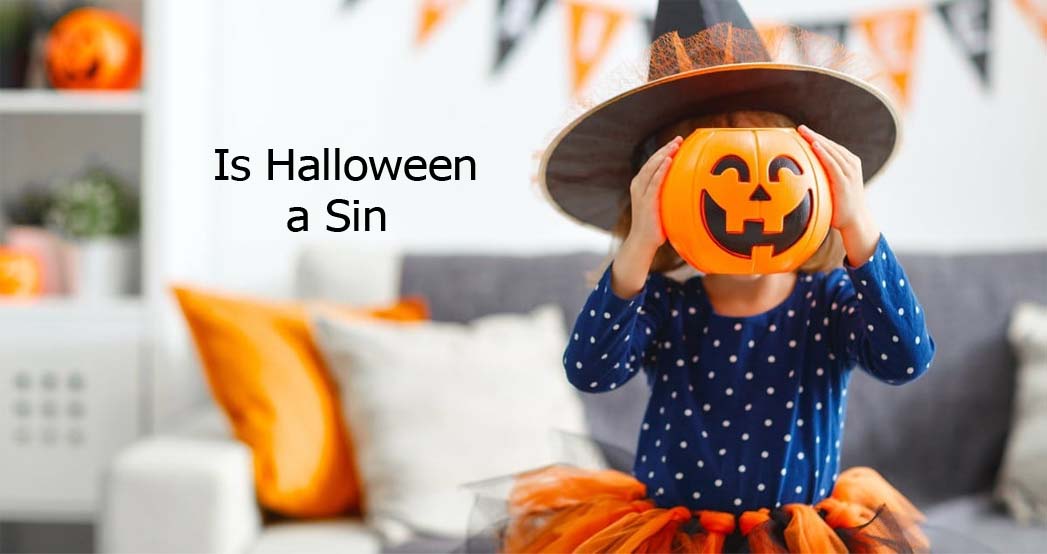 Is Halloween a Sin

In ancient times the ancient people of Celtic celebrated a festival called Samhain to mark the end of their year. During the festival, locals would light bonfires on hilltops to signal spirits which at the time thought would cross the veil that divides the land of the living and the land of the dead on that night. And on the night of the 31st day of October, the druids are called to engage in sacrifices mostly humans according to records and myths.

Some of these sacrifices included having their victims bob for apples in cauldrons of boiling liquid, and also burning them in larger wicker cages shaped like a man, carving turnips and other gourds filled with human fat and burning in the bid to summon demons and spirits and lastly going door to door collecting human sacrifices.

In America, Halloween made its way to the part of the world when the Irish and Scots migrated to America in the 1840s due to the Irish potato famine. And as they migrated they brought the Samhain festival along with them.

It is no news that Halloween has catholic roots. And with the understanding of the connection, one can decide if celebrating Halloween is a sin or not. After the first century AD, many celebrations and remembrances were held by the church for saints and martyrs all year long that the calendar was packed. During the late 3rd century AD, the Catholic Church created a single day to celebrate all the saints.

And because the Romans already had a day where they celebrated their dead which is Feralia on the 21st of February, the church started celebrating their dead on the day as well. The church however changed the name from Feralia to all saints day after Pope Boniface IV dedicated the Pantheon in Rome to all Christian’s martyrs, therefore, moving the date to May 31.

May 31 was chosen because the Roman festival of Lemuria was held on the same day. This is the day the head of the family would wake at midnight to perform a ritual that would rid the home of all evil spirits. Fast-forward to 741 AD, Pope Gregory III moved the date of all saints day from May 31 to November 1 during the dedication of all saints chapel in Rome and also to co-opt the Samhain festival of the Celts that was still celebrated in the British Isles and Ireland.

In 988 AD the Catholic Church at the time added November 2nd as a day to remember all the souls that did not ascend to heaven but remained in purgatory and called it all souls day. This made the days where the dead was celebrated o three including all saints eve which was celebrated on the 31st of October. The three-day affair was referred to as Hallowmas.

In the bible, there is neither page nor verse that stated anything specific about Halloween, the roman festivals of Samhain for the matter. But, however, made clear some principles that Christians should be familiar with and that may impact the way Christians view Halloween.