Currently, iPhone 13 is about to be released and the smartphone is already being rumored to have up to 1TB (Terabyte). One of the greatest things about the modern smartphone is that it can take up very high-resolution video and photos. The downside to taking high-resolution images and videos requires a lot of space for storage. One of the downsides to making use of the iPhone is that it does not embrace the storage expansion via memory cards. 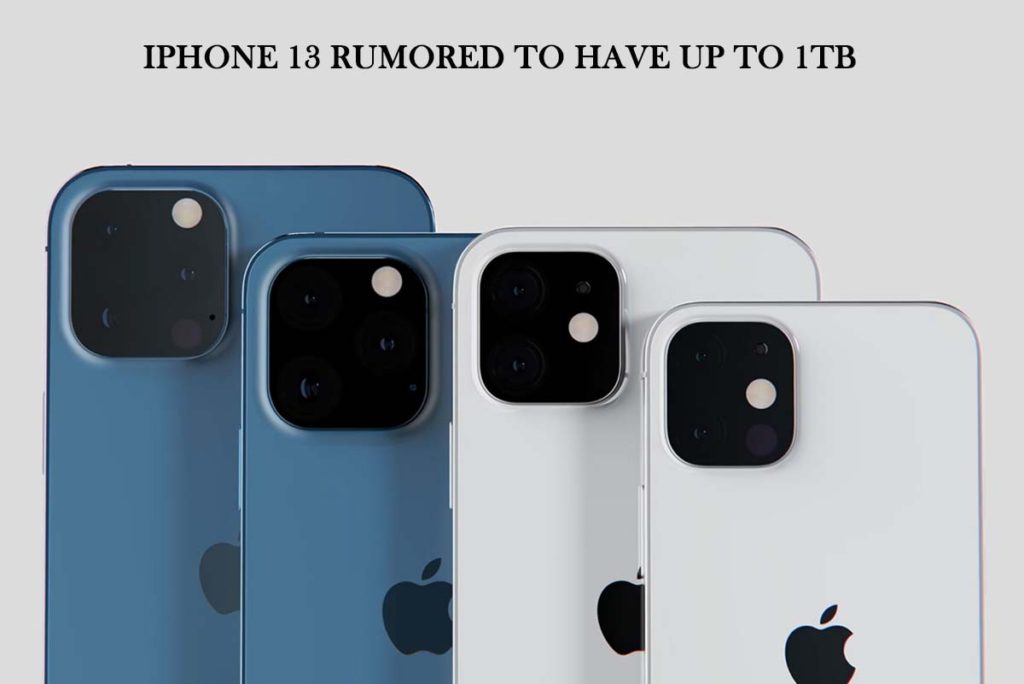 iPhone 13 Rumored to Have up to 1TB

Now, a New rumor is already on the loose that suggests the iPhone 13 would offer a 1TB storage option. The rumor came from analysts from Wedbush, who cite sources in the supply chain. Currently, the highest storage available in an iPhone is 512GB. many users would welcome the availability of a lot of storage in an iPhone as it would allow more space for apps, photos, and videos. So far, such high storage capacity has only been offered in the iPad Pro tablet line. While offering one TB of Storage space would be a first for Apple, it’s certainly not a first for the smartphone industry overall.

Android devices have offered 1TB of storage capacity, with Samsung that is offering the capacity available on the Galaxy S10 line of devices almost two years ago. Apple is significantly behind the times when it comes to storage capacity on its iPhone devices aside from being priced on par with Android offerings.

For now, the 1TB is only a rumor, as we all know about the iPhone 13 Lineup that is expected to launch this fall. Past rumors suggest that Touch ID would return, and screens will support 120-hertz refresh rates. Apple had ditched Touch ID in favor of facial scanning in other to unlock devices. However, facial scanning has proven to be a problem with current mask mandates around the world. It’s is unlikely that Apple would make anything official known about the next-generation iPhone line until September at the earliest.