Apparently, you may not know much about the upcoming iPhone 13 release date. iPhone has been a popular smartphone brand over recent years and users just seem to love it. Luckily, a new series will be released and it is scheduled for September this year (2021). Right now, it seems it’s likely just two weeks at most before the phone launches. 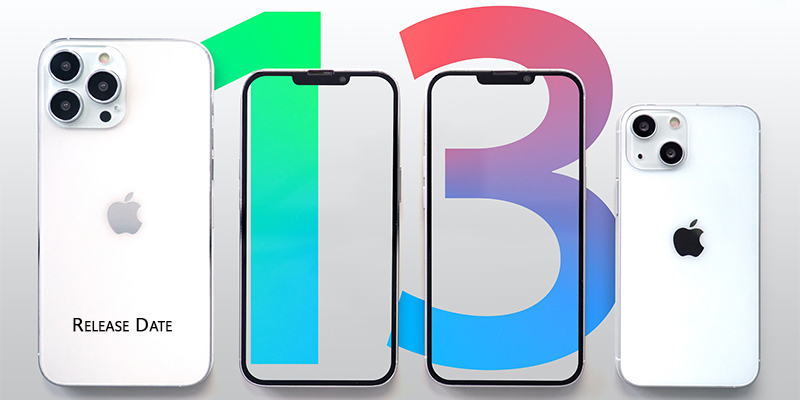 Over the last few months, several rumors have been springing up from a variety of sources but now, we have a clear picture of many of the likely specs of the new iPhone 13. This phone will be released in the brand’s usual series iPhone 13, iPhone 13 Pro, iPhone 13 Pro Max, and iPhone 13 mini. In addition to this, there is also a clear idea of what the new smartphone will look like as several images have been leaked.

iPhone 13 release date isn’t clear right now. However, September 2021 is when we will likely hear about the phone. Most sources are currently pointing to September 14 2021 but as mentioned, we are not sure of that date yet. Nevertheless, it looks the most likely.

What’s the Price of the iPhone 13?

Is the Design Any Different from the iPhone 12?

The battery leak however appears to be correct as the device is going to have a larger battery. Apparently, the iPhone 13 is going to be accompanied by a battery with 3,095mAh. This is a huge difference compared to that of the iPhone 12. More research can be done via Google.