This is true that iOS Users Can Now Set Gmail as Their Default Email App. It has only taken about a decade, but iPhone and iPad users finally can activate the Gmail as their default email app for their devices. Google has enabled this feature in the latest version update to the Gmail app, hereby taking advantage of iOS 14’s adjusted grip on email and browser defaults.

Over the years since the history of iOS, Gmail has been made available on iOS devices. And this makes it considerably more convenient and comfortable for some users. If you tap on any link sent on an email either on the app or website, it should redirect you to Google’s software instead of Apple’s. You are not required to copy and paste an address on a web browser. 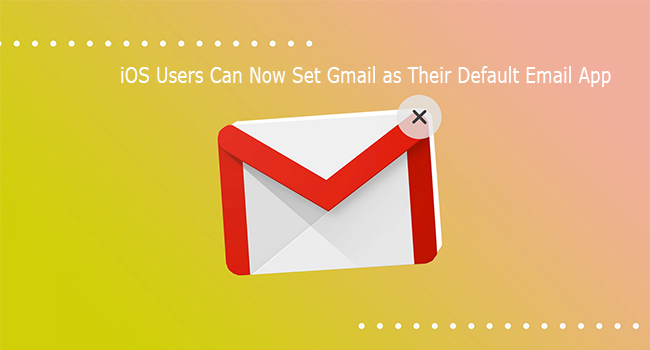 It has been from the beginning that Android mobile devices already had the option of a default email app.  But with the latest updates on iOS devices, Apple is trying to join in another experienced app for user’s comfortability.

“It’s very easy to activate the Gmail app as default email app on your iPhone”, according to Google. All you need to do is to tap on Settings > Gmail > tap Default Mail App > and tap Gmail again.

This has been ultimately good news for Gmail familiar users who have switch mobile to the iOS mobile.

Differences Between the iOS Mail and Gmail App

There are lots of reasons why iOS users should consider using Gmail for a better experience with the default iOS Mail app. Below are some of the differences between both applications:

There are more differences to each, but I will be considering using the Gmail app since it got more features than the iOS default Mail app.

Here are the steps on how you can activate and enable the Gmail app has your iOS default mail app:

For more information you can check here https://mobilesyrup.com/