Images From the Resident Evil Reboot Promises a New Faithful Adaptation – Finally, the first look at the reboot of Capcom’s’ resident evil series is in the books and it promises to be exciting. The year 2021 has been a very busy one in the movie industry given the events of the previous year. 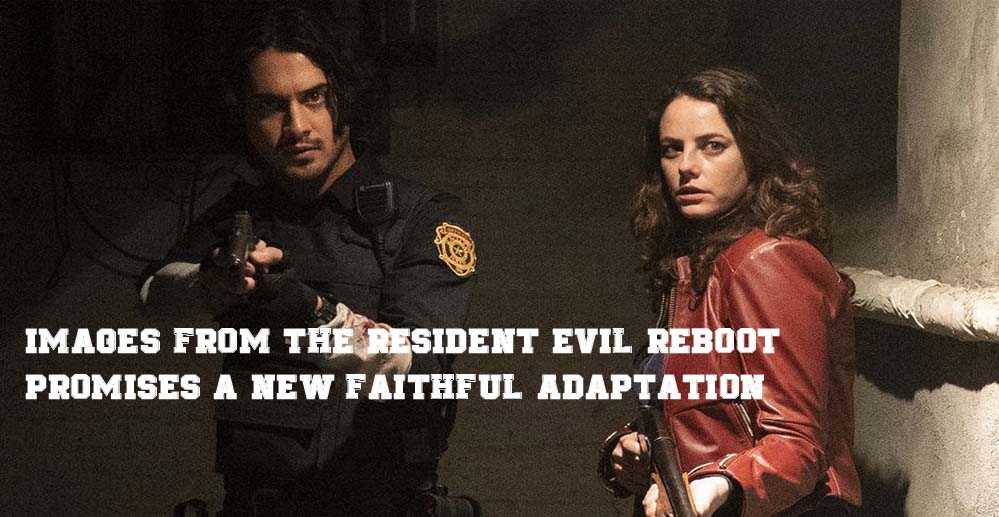 One of the movie franchises to have a busy year is resident evil. The buzz around this franchise is not going away any time soon as a new reboot, resident evil: welcome to raccoon city is currently in the works.

According to Cnet, the first look at how the movie will be set has been published. And it is already setting itself apart from what we use to see in the live-action movies of the franchise. This very one will be focusing more on a direct adaptation of Capcom’s video game series.

The movie is set to be released on November 24th in the US. The reboot will adapt the plots of both resident evil 1 and 2, therefore turning the stories from both games into one single narrative. The reboot will be different from what viewers are used to seeing.

This will not be a continuance of the original movie. But rather a returning to the source and that sense of dread and evil the video game depicts. The first images released for the movie show the cast which are prominent names from resident evil 1 and 2.

The images released give a preview of the characters and the setting of the movie. An image shows a trio of S.T.A.R.S. officers who find themselves in the spencer mansion trapped and filled with zombies.

Another image also shows the outfit of the characters for Leon and Claire pulled from the 2019 remake of resident evil 2. There will also be a live-action debut on the movie for one Lisa Trevor, a mutated monster from the 2002 remake of the original resident evil.

Just in case you didn’t know, this is the second upcoming live-action project in the works for the resident evil franchise. The other project is Netflix’s television prequel to the resident evil series which also has a very close relationship to the video game series.

Recently, in an interview with IGN, director Roberts explained that his main target was to focus on the horror aspect in the series. And he also added that the developers were pleased with the results. In his words “I wanted to go back to the horror of it all.

I wanted scares and atmosphere rather than the full-on action. I think fans of the game felt the same. They wanted to see the iconic characters and locations and feel that the movie was more in line with the resident evil game world”.

In terms of Capcom’s corporation in the production of the movie, he added: “We actually got blueprints from them on the designs of the spencer mansion and raccoon police station in order to recreate them as perfectly as we could. We even have the exact artwork up on the mansion walls.”

So far so good, the movie looks more like the original game. And of course, we still do not know what to expect in terms of the storyline and action. And with just a few months until the release date, no actual footage or trailers have been released.