How to Watch Netflix’s Tudum Event Today – Netflix will be launching a first-of-its-kind global event for its fans today, and here’s how to watch it. 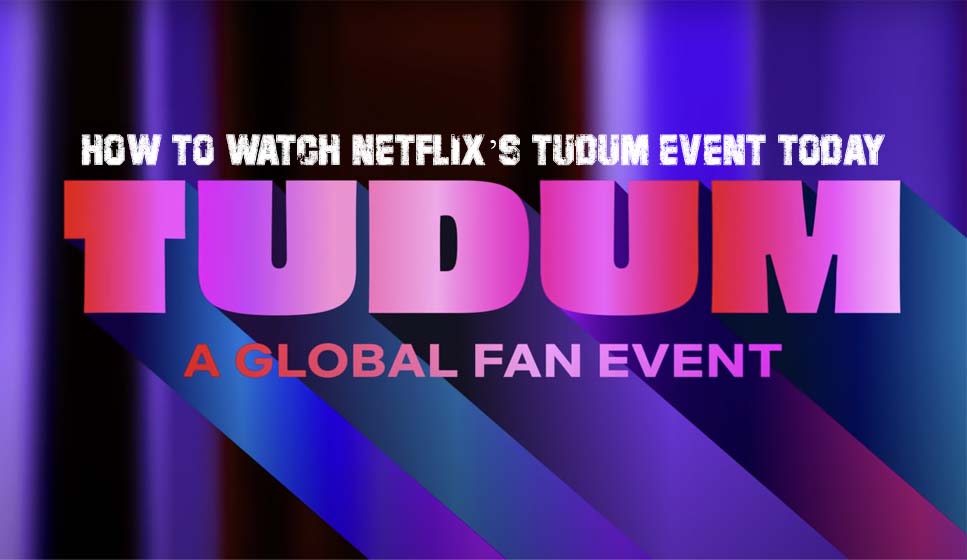 Tudum – the ambiquitous name of that chime that always plays before all of Netflix’s titles is the name of the massive fan event Netflix has scheduled for today. The huge global event will feature interesting news, celebrity appearances, trailers and so many more. Trust me, you dint want to miss this if you wish to stay ahead of the company’s biggest upcoming announcements.

Tudum is a first-of-its-kind global event hosted by Netflix for Netflix. This event will kick off today, Saturday, and will feature over 145 celebrities, 28 films, over 70 series over the course of several hours. As a fan, you should be expecting interesting news regarding forthcoming tiles such as the sandman, cobra Kai, red notice, the witcher, stranger things, and many more. The event will be available in 29 languages.

What Time is Tudum?

The event will kick off at exactly 9 AM PT (or 12 PM ET for east coasters). However the main event will last for three hours, but Netflix will be hosting a pre-show for Korean and Indian films and series and also an anime programming that will begin at 5 AM PT (or 8 AM ET).

Where Can I Watch Tudum?

Very important question! Tudum will be streamed by Netflix on its YouTube handles and channels worldwide. Tudum will also be streamed on Twitch, Twitter, and Facebook.

Is there a schedule for Tudum?

Actually, there is. There is a guide that will break down what shows that will be included in which time slots hour by hour. You can find Netflix’s handy fan guide on the verge.