And it is finally here, a solution to How To Watch Godzilla vs Kong online. WarnerBros has released another 2021 movie straight to streaming and VOD platforms. 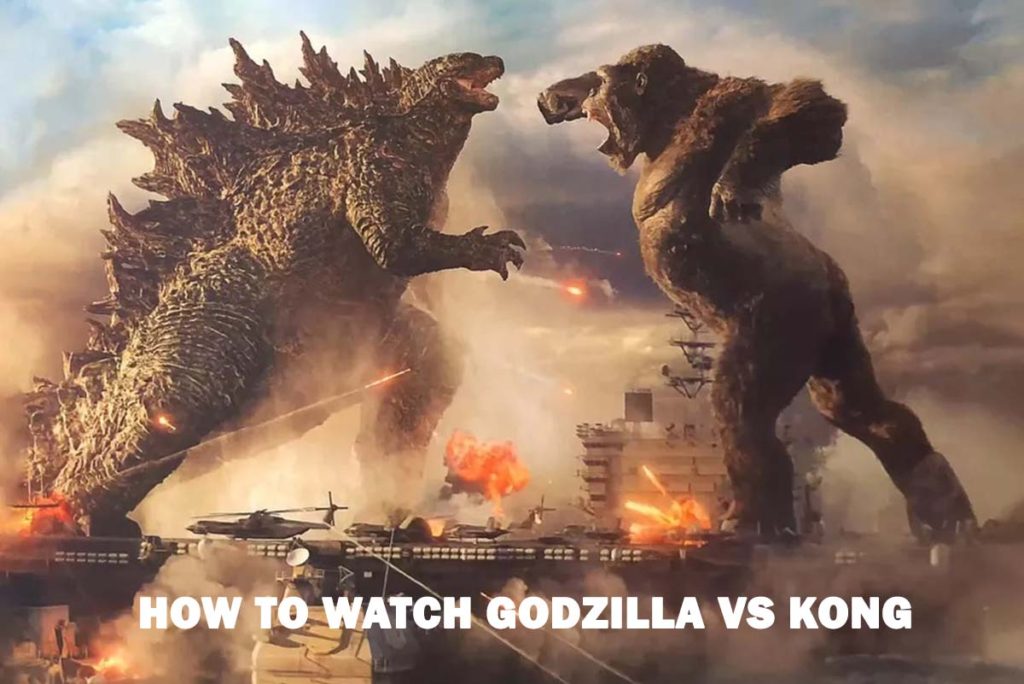 This movie was released on the 24th of March, 2021 directed by Adam Wingard. It has a runtime of 1 hour 53 minutes. The movie features Millie Bobby Brown, Alexander Skarsgard, Rebecca Hall, and Brian Tyree Henry.

If you want to know How To Watch Godzilla vs Kong, then read more on this article.

How To Watch Godzilla vs Kong

The movie follows from Godzilla (2014), Kong: Skull Island (2017), and Godzilla: King of the Monsters (2019). It seems inevitable that Godzilla and Kong should cross paths.

Yes, it is true the Earth’s last Titans has finally met. And humanity caught is caught in both monsters’ destructive paths.

Still, on the movie, the star cast all worked together to unveil the truth behind the monster’s origin. They venture into the uncharted territory and realms of the world to research the possibility of mankind’s survival with these monsters.

Alexander Skarsgard, Millie Bobby Brown, Rebecca Hall, and Brian Tyree Henry also have to work hard to ensure their safety as conspiracy rises to wipe out the monsters.

This movie was first set to be delivered in November 2020 but got delayed due to the pandemic. And now the star-studded cast of both Godzilla and Kong arrive on stream around the world.

How To Watch Godzilla vs Kong In US

For users living in the United States, the Godzilla vs Kong movie is now available on HBO Max. It will be streamed for 31 days from its release date in March as a method of WarnerBros’ ongoing 2021 movie release tactic.

Other than Godzilla vs Kong, users can access other movies like The Suicide Squad, Mortal Kombat, and Matrix as it is being released with HBO Max subscription for $14.99 monthly.

How To Watch Godzilla vs Kong From Other Countries

Godzilla vs Kong received its theatrical release internationally on March 24th. With the chance on How To Watch Godzilla vs Kong in countries and cities where cinemas have begun to reopen.

This means you will be ready to rent the movie to watch at your leisure. In UK Godzilla vs Kong is going to be available to rent from April 1st for £15.99 if previous WarnerBros releases are anything to go by. Likely with the choice to also rent from Sky Store for Sky customers.

Canadian citizens will be able to watch alongside the US on 31st of March. With a home premier available on Google Play Store, Cineplex Store, and iTunes.