Have you ever thought of How to Turn Off Political Ads in your Facebook and Instagram Feed? This thought has been on the lips of many Americans, “How to Turn Off Political Ads in your Facebook News Feed”. Many are already tired of these political ads clogging up on their Facebook and Instagram pages, and it is of great help that they can stop that. Of recent, Facebook has recently announced that users can turn political ads off their feeds. And via this article, you will get the procedures on how to get this done. So read carefully to get the basics of how you can get this done and other hidden features on to get things done from our blog. 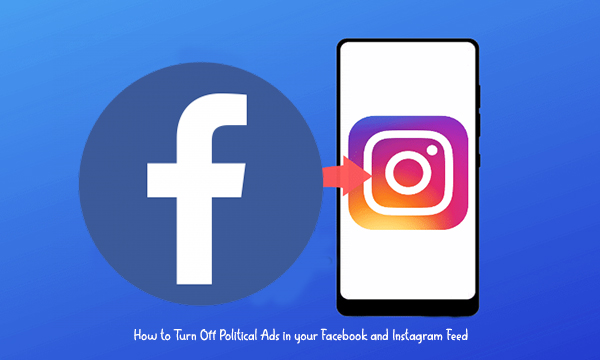 Facebook and Instagram users will now be able to turn off all social issues like electoral, or political ads from elective candidates, super PACs, or any other organizations.  Organizations with the “Paid for by” political disclaimer on them. This new operation seems to be a compromise to critics who have the thought of how Facebook shouldn’t let politicians lie in ads. So, based on this new option, Facebook can still allow political ads be shown and displayed on feeds, but users can decide whether to allow it show in their Facebook or Instagram feeds.

Facebook has been facing sustained criticism since the 2016 United States presidential election. This is due to that the company isn’t doing enough to limit political misinformation on its platform and as a result is hurting democracy. The CEO of Facebook has faced lot of fire from civil rights advocates and his own employees for not moderating a series of posts by the President on political issues. After this, Mark Zuckerberg gave a response that he will put to access for users to have control over what they see on their feeds against the 2020 United States presidential election.

How to Turn Off the Political Ads

The feature is not yet available for many users, and it is starting to roll out today to some United users. Follow the steps below to get these political ads to turn off done:

Here is the step to turn off the political ads on Facebook:

From the Instagram app, here is how you can turn off the political ad option:

Or through a political ad in your Instagram feed

After you have carefully followed the above steps, then you have successfully turned off the political ads display from your Facebook or Instagram app.