Heard about Google’s Antitrust Battles? The company is on a collision course with the government over its size and dominance. Google company is a sprawling operation whose activities include web searches, maps, YouTube video platforms, and the Android mobile operating system. Products branded Google have become ubiquitous worldwide, and many of its services offered to have more than a billion monthly users apiece. Read more on this article to get information about Google’s Antitrust Battles. 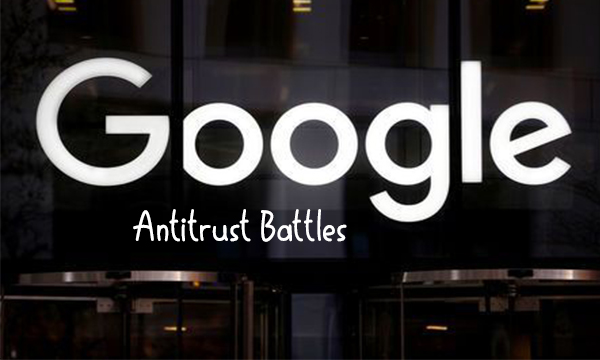 Among the top 4’s, Google is one of the most powerful companies in the world, and competitors/rivals have made accusations of wielding its might to stifle innovation and competition. To this, the US Department of Justice, state attorneys general, and Congress are in discussion on the allegations seriously. The Department of Justice is expected to state attorneys general about its plans to file a lawsuit against Google. Lately, lawmakers on both sides of the aisle and accusations grilled on Google’s president, Don Harrison of global partnerships, and corporate development on the company’s massive advert business.

The antitrust scrutiny into Google is not a new issue. In the year 2013, the Federal Trade Commission wrapped up a two-year investigation on Google after allegations of biased search results. It was later decided that Google wasn’t violating any laws of antitrust.

The renewed spotlight comes as Google faced more reckonings over its scale and influence. Both legislators and regulators are concerned over how that power might ultimately bring harm to consumers, especially by choking off competition from smaller payers in Silicon Valley.

Other than Google, other giant techs like Apple, Amazon, and Facebook are facing investigations by the Federal Regulators and Lawmakers. Of all companies, Google is at the most imminent danger of the antitrust activity. Its business is been examined and inspected closely and thoroughly.

The Antitrust issues faced by Google

The primary areas of interest to lawmakers and regulators are Google’s dominance in web search, digital advertising, and smartphone software. Google processes about 90% of online searches in the United States. And that is the foundation of Google’s massive advertising business generating almost al of the company’s billions in annual sales. The company has been accused of hurting competitors by prioritizing its own products, like shopping ads or local business listings, over the listings of rivals in its search results. Competitors also complain that the company takes content from publishers and other websites and uses that information in prepared answers directly on Google’s search engine, rather than simply providing a list of links that send users away to other sites.

Check Out >>> Spectrum – The Best Internet, Cable TV and Phone Service Deals in the World

Lawmakers and regulators are also taking the Google ad business because the company owns every step in a complicated system that connects both sellers and buyers. To this rival says it gives Google an unfair edge over the market.

Google also owns an Android operating system, the most popular mobile software in the world.  To this, Google has been accused of using that dominance to strong-arm partners to bundle Google’s app like search and maps into their offerings.

Google being investigated at the state level | Google’s Antitrust Battles

It was announced sometime by Texas Attorney General Ken Paxton on the antitrust probe into Google’s massive digital advertising business. This investigation has been participated by the AGs from 48 different states in the US, the District of Columbia, and Puerto Rico. Also, as part of the probe, Paxton’s office sent Google a civil investigative demand that requested for the key information about its ad operation and data collection policies. The states, in this case, are expected to file charges against Google, and some of the states could join the Department of Justice, according to Bloomberg.

What has the European Union done on this?

The company’s antitrust woes are not just limited to the United States of America only. Google was hit with billions of cash fines from the European Commission for abusive online ad practices. The commission in words said that Google exploited its dominance by restricting its rivals from placing their search ads on a third-party website.

Two years back, the European executive arm also fined Google a record of billions worth for unfair business practices around Android, its mobile operating system. The investigation was focused on Google’s deals with phone manufacturers, requiring them to preload some Google apps and services into the Android mobiles.

Recommended >>> 5 Essential Elements That A Good Website Should Have