Do you know how to stream Microsoft’s Surface event today? Microsoft will be holding an online hardware event on Wednesday. It has been announced previously already. And this post is more like an updated version of the previous post. The event will be held today, Wednesday, 22nd September at 11 AM ET/ 8 AM PT. 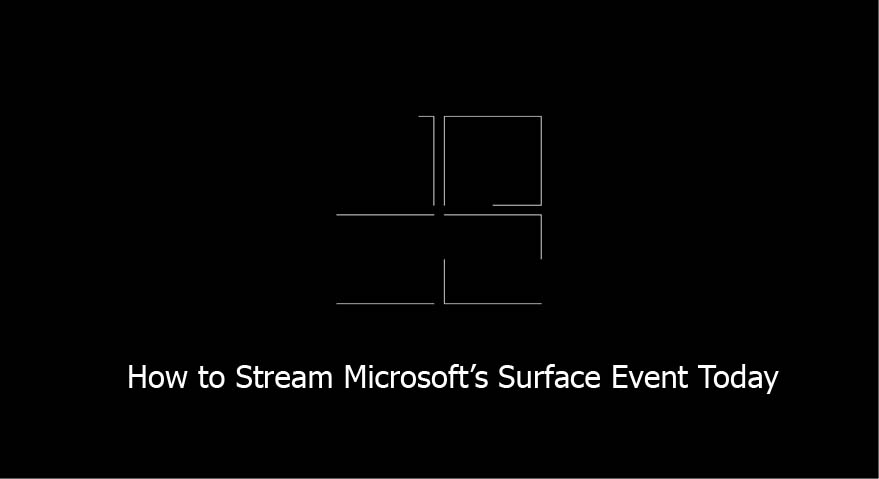 In today’s event, Microsoft is expected to announce redesigned surface tablets and laptops (and maybe a new phone). The event and all announcements from the world-class live blog will be covered by the verge and a host of other platforms.

Microsoft also as expected will be having a live stream on the event page of its website. You will also be able to watch it on the Twitter account of Microsoft’s surface. One of the highlights of the event is the upcoming release of Windows 11 that is expected to be released on October 5th.

And of course, anything that will be announced at the Wednesday event will be running the new OS. But it also will be interesting to know if the rumors regarding Microsoft’s release of a new version of its arm-based surface pro X tablet are true. As of now, it is not clear how the windows 11 will pair with Microsoft’s long-running arm computing ambitions and also a new computer, maybe one with a newly designed chip by Microsoft. This also could be a great time for the company to talk about the future of windows outside AMD, Intel, and x86.

Also, there is the possibility of some x86 computers being shown off at the event. Rumors suggest that there will be a surface pro 8 tablet, a new surface book laptop, and also a guided surface Go. There may be a follow-up to Microsoft’s surface duo folding phone.