Do you want to know How to Play Snapchat Games? Snapchat has unveiled its gaming platform complete version with live, multiplayer games you can play with friends. While at the Snapchat Partner Summit in Los Angeles, Snapchat confirmed all the speculation and said its gaming platform is now rolling out with six games to start. 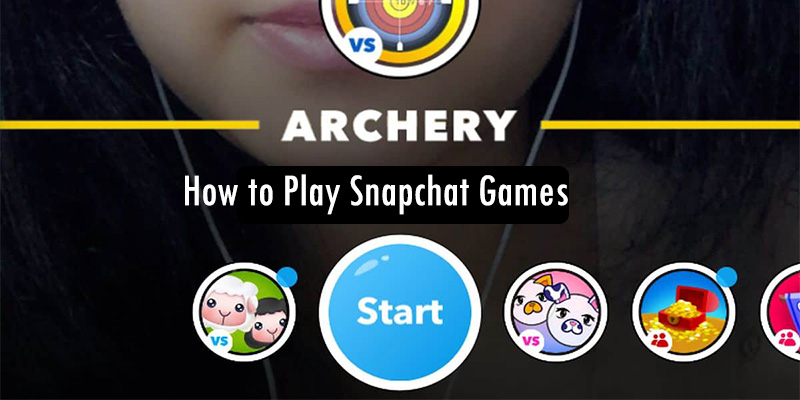 In other words, the company has officially entered the mobile gaming space after months of rumors. So, whether you want to know what games are available on it or when you can start playing, here’s everything you need to know.

Snapchat’s gaming platform is called Snap Games. It has pitched as a “new way to hang out with your friends on Snapchat”. Snap has redesigned the chat feature on Snapchat, adding a “rocket” button you can tap to jump into a new game and play it live with friends. There are six titles at launch, all based on HTML5, including Snapchat’s very own Bitmoji Party game.

Bitmoji Party comes from Prettygreat, a studio that produced Fruit Ninja and was purchased by Snap. The game reminds us of Mario Party, but with Bitmoji characters in place of the famous plumber and his friends. It features mini-games that can be played with up to eight friends at a time, including a zombie game where players try to infect one another. There are five minigames in total.

How to Play Games on Snapchat

Games are accessible through a new rocket-shaped icon in the chat menu. It functions similarly to how Facebook’s Instant Games played in its Messenger service. By clicking the rocket icon, your friends in the chat will get a notification about the game and will be allowed to join. The person who starts the game session will be the game master and can control the game. To launch a game:

When you launch a game, everyone in the chat will get a notification. They’ll also see a message in chat about the game, and they can tap the game icon to start playing it live. If no one’s playing, you can hide the game icon in chat by dragging the game icon and letting it go.

You can also chat with your friends when you’re in a game, by simply tapping the chat bar at the bottom to bring up the keyboard. Tap the microphone once, and when you’re done talking, tap it again to stop sending audio. Mor research can be done on Google.