HBO Max adds the TV-14 version of birds of prey accidentally. The streaming and production company HBO says that it has no information as to the time it will get the unedited version of the movie back. 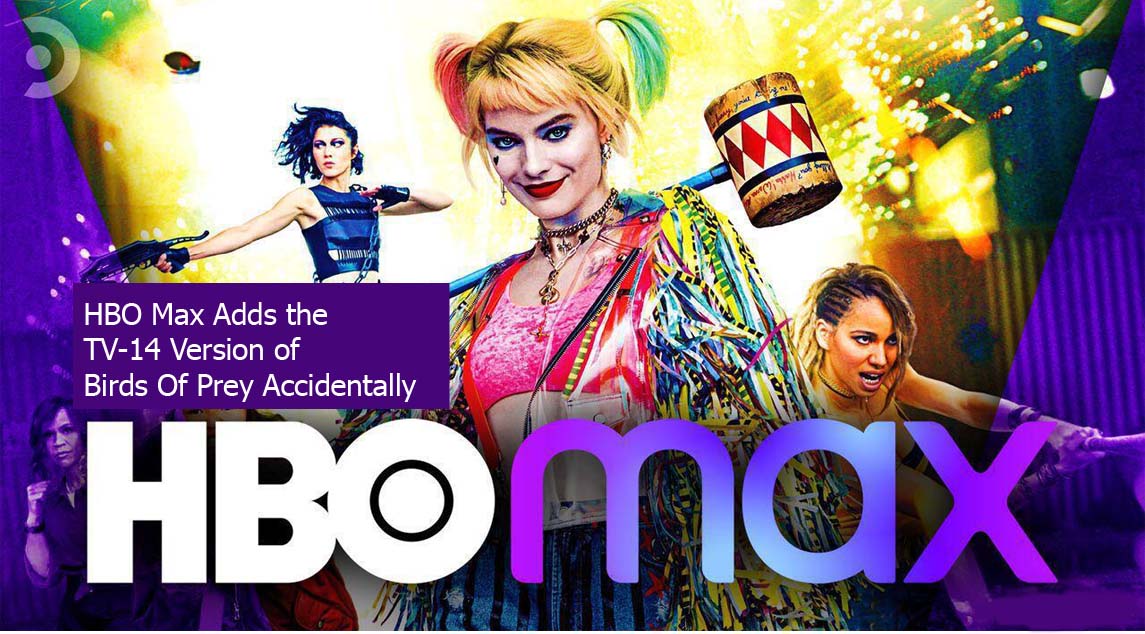 Home Box Office has just recently added the censored version of birds of prey (and the fantabulous emancipation of one Harley Quinn) to its streaming service. The company however said that it will replace it soon with the R-rated version soon via reports by CBR.

The head of communications at HBO’s parent company WarnerMedia, Johanna Fuentes already have confirmed that there are two versions of the movie which is the clean one meant for broadcast cable and a second unedited version for streaming.

What the Streaming Service Has To Say

Johanna Fuentes also noted that the movie birds of prey will be “updated on Max.” she also said that only the uncensored version of the movie will be shown on the streaming service. But on the other hand regarding information as to when this will happen, the company has revealed via a tweet from HBO Max that there is no information on when the unedited version will be available once again.

As cited by CBR, the unedited version of the movie was previously available on the HBO Max platform until it was removed from the platform briefly on the 14th of November. However, since the return of the unedited version on the platform, users and viewers have noticed that the movie contained dubbed-over and blurred-out swear words despite the fact that it is being labeled as rated-R for suggestive dialogue, language, and violence.

And as cited by CBR, the movie also shows Harley Quinn making peace signs with both her hands instead of flipping the bird. Another notable point to pinout is the fact that the movie opens or starts out with a warning that states, “the film has been modified as follows from its original version: it has been edited for content.” This is the same message as the one that appears at the beginning of the TV-14 version that also has been airing on TNT, as cited by CBR.

Most viewers however have jumped to the conclusion that HBO Max has deliberately censored the flick despite the platform being known as a network for edgier content. The platform most recently and most notably in the past in 2018 buckled down on some of its contents as it removed raunchier titles like real sex and cathouse from HBO Go.