Harry Potter Books is a series of seven books written by a British author named J.K Rowling. The production of this book made her a best-selling author in history. The book majors on the lives of a young wizard, Harry Potter, and his close friends Hermione Granger and Ron Weasley who attend Hogwarts School of Witchcraft and Wizardry to know more about being witches and wizards. 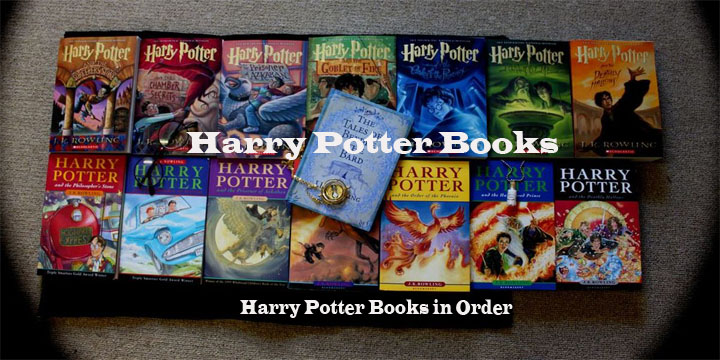 The storyline of the book talks about Harry’s continuous fight against Lord Voldemort. An evil and dark wizard who aims to have the gift of immortality. Get rid of the wizard governing body popularly called the Ministry of Magic. And put all Wizards and Muggles (people with no magical gifts) under his control forever.

Harry Potter Books have sold out over 500 million copies all over the world which has made them the best-selling book series over the years. It has been translated into eighty different languages for easy understanding all across the globe. The Harry Potter Books are seven in total, the list of the seven books are given below:

Above is the list of all seven Harry Potter Books written by J.K Rowling.

The Harry Potter books were initially written and then translated to eighty languages. The genre of the book includes fantasy, thriller, mystery, young adult fiction among others. The initial publication was made by Bloomsbury Publishing (UK) Scholastic Press ((the USA). The publish date of the Harry Potter books ranges from 26 June 1997- 21 July 2007. You can go through the list below to know all the Harry Potter books according to their release dates:

All the listed the books above are given in the order of the time of their release and they are still very much available at bookstores worldwide for people who are interested in reading the series to get a hold of and enjoy.