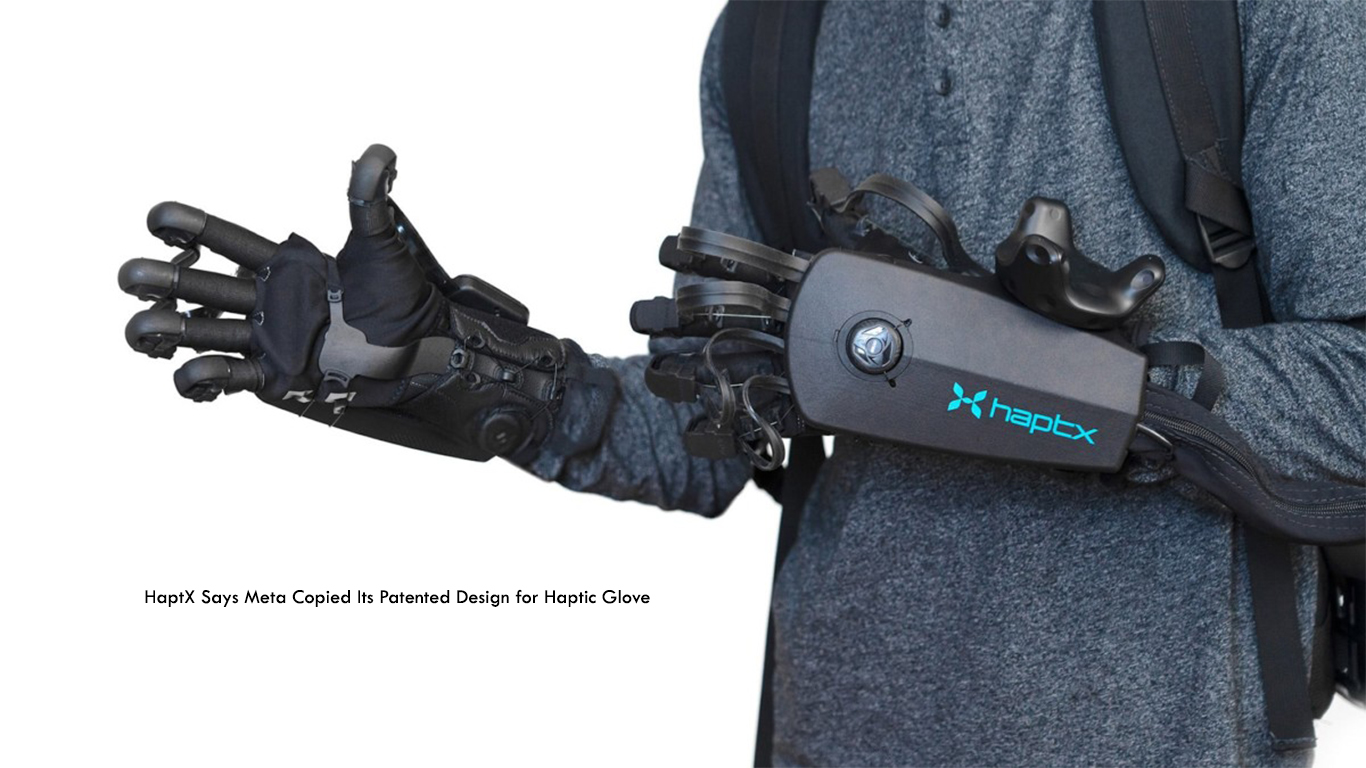 HaptX is a longtime player in the virtual and augmented reality industry claims that parts of the glove appear “substantively identical” to its very own work using the pneumatics to simulate physical touch.

“We welcome interest and competition in the field of microfluidic haptics; however, the competition must be fair for the industry to thrive,” said HaptX founder and CEO Jake Rubin in a statement.

“While we have not yet heard from Meta, we look forward to working with them to reach a fair and equitable arrangement that addresses our concerns and enables them to incorporate our innovative technology into their future consumer products.”

The Meta Glove an In-Progress Design

According to the verge, Meta glove is an on-going design that won’t be commercialized for years, if ever. But, Meta Reality Labs a VR- and AR-focused research division believes that touch is a vital piece of the future consumer-focused VR / AR systems.

The glove makes use of inflatable rubber pads and a well-sophisticated control system to create a sensation of pressure or resistance when the users touch virtual objects. The company is said to have developed a similar inflation-based system that it sells to professional clients rather than its consumers.

HaptX, formerly known as AxonVR, debuted publicly in the year 2016 after four years in stealth mode. Meta researchers said that they developed their first glove prototype in mid-2015, not long after the tech giant acquired VR startup Oculus.

However, Meta has substantially expanded on its initial prototype, and HaptX claims the two companies have had extended interactions. “Over the years, we’ve hosted many engineers, researchers, and executives from Meta to demonstrate our groundbreaking haptic technology,” said Rubin.

Meta has been accused of competing unfairly against VR software developers by cloning their products while limiting its access to the Quest platform.

This situation is slightly different because HaptX is actually accusing Meta of a direct patent infringement something that could potentially lead to legal action.