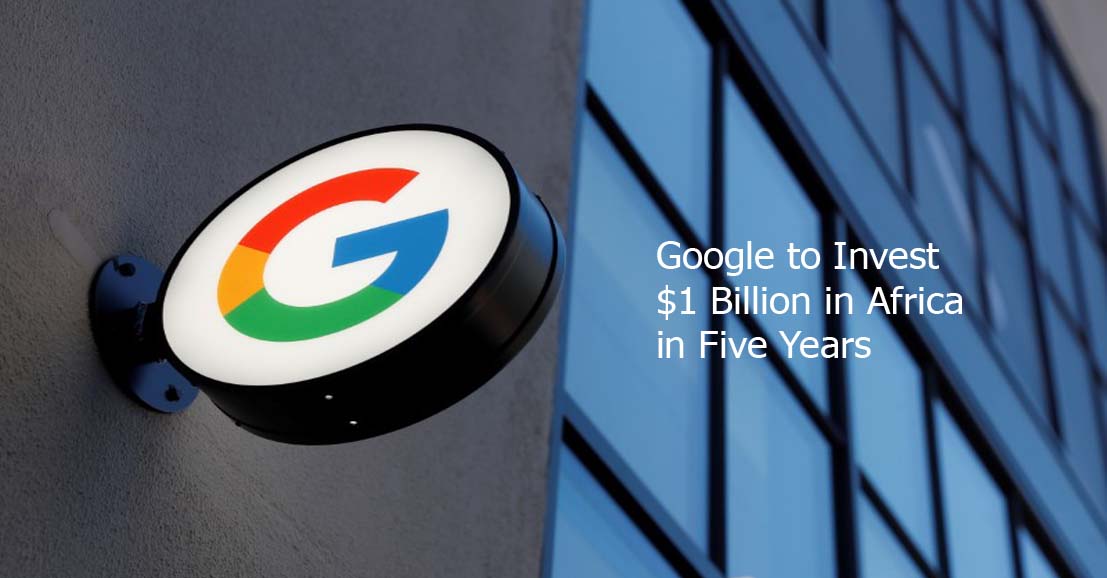 Google to Invest $1 Billion in Africa in Five Years

Just as previously reported by Reuters and during the company’s first Google for Africa event, Google launched an Africa investment fund. The fund is designed to help startups with various resources needed to be successful including access to its employees and tech.

Google also is partnering with nonprofit Kiva. The aim of the partnership is to help offer low-interest loans to small businesses in Kenya, South Africa, Ghana, and Nigeria to endure the pandemic in a total of $10 million.

During the Google for Africa event, the CEO of Google Sundar Pichai said “increasingly we are seeing innovation begin in Africa, and then spread throughout the world. For example, people in Africa were among the first to access the internet through a phone rather than a computer. And mobile money was ubiquitous in Kenya before it was adopted by the world. This momentum will only increase as 300 million people come online in Africa over the next five years.”

Who Will Benefit From the Program?

This very investment plan by Google on Africa’s internet connectivity and startups will be the biggest by the social giant company in Africa. And of course, business startups will benefit the most from the funding. But however, Google West Africa spokesperson Taiwo Kola-Ogunlade said the initiative will be benefited most by young entrepreneurs as 70 percent of young people in Africa are below the age of 25. Therefore young people with small businesses are to take full advantage of the opportunity when it starts.

The Aim of the Google Investment Fund in Africa

Google’s aim for this investment fund is to help bring infrastructure that will help booster faster internet to users with lower connectivity funds and also a subsea cable Equiano that will run through South Africa, Namibia, Nigeria, and St. Helena that will connect the continent to Europe.

The funding will help Google expands its device financing collaboration with Kenya across the rest of Africa with partners like MTN, Airtel, Orange, MKOPA, and other network partners to help millions of first-time smartphone users to gain access to affordable and quality android smartphone. Google also is to invest in black-led startups via black founders fund to help provide cash awards and hands-on support to eligible benefactors.

Benefactors of the Google Investment Fund

The people that will benefit from this program include;

These are the people and organizations that will benefit from the Google investment program. But however, the main aim of this fund is to bring accessible internet to everyone with little to no access in Africa.