Google Stadia VR Plans, what’s that? It has really been a long any of us thought about it right? According to TechRadar, it seems many of us had given up on Google’s ill-fated game streaming service. 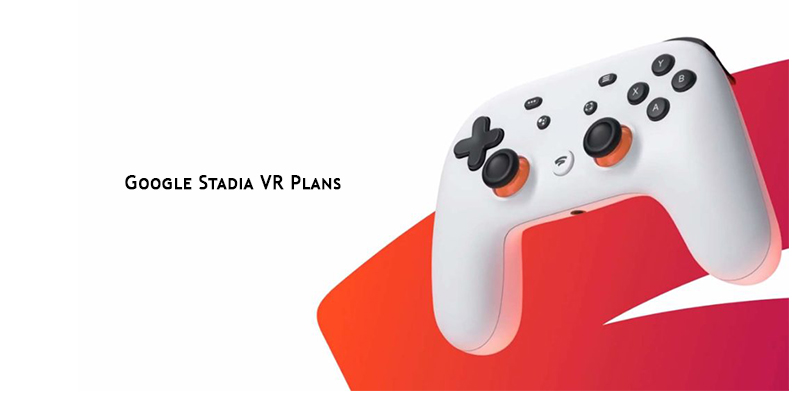 And for a time it looked like Google was pulling the plug too when it ditched its first-party game lineup earlier this year – it looks like the tech giant has one final trick up its sleeve.

Job postings were recently discovered by RoadToVr that show Google is hiring VR experts to work on its Stadia team. We don’t yet know what exactly the final product will look like, but this move into VR could be what Stadia needs to return to the spotlight.

If you’re unfamiliar with the service (and there’s a chance you are) Google Stadia is like Amazon Prime Video but for video games. You can buy digital games and even subscribe to a service to get some for free, but they’re not run on your own hardware.

Instead, Google’s servers manage nearly all of the heavy lifting, and all you need is a controller, a stable internet connection, and either a compatible smartphone, laptop, or Google Chromecast, to play.

Your input from a controller or touchscreen is essentially directing a server-side computer somewhere up in the digital clouds.

Advantages of the System

The big advantage of this system is that you don’t need a brand new PS5 or an RTX 3090 powered gaming PC to enjoy a great gaming experience, all you just need is a good enough internet connection.

However, while Google Stadia’s early trailers promised big, the service didn’t deliver many of its stand-out features at launch (and some took the best part of a year to finally arrive). We don’t know for sure how well (or poorly) Stadia sold, but reports have given us a glimpse at the situation and it doesn’t seem good.

Rival streaming service Amazon Luna doesn’t seem to have dazzled audiences either, though Xbox may turn things around thanks to its Xbox Cloud Gaming service also being tied into the hugely popular Xbox Game Pass Ultimate subscription.

Unfortunately, it’s hard to balance price with performance in tech; something always has to be compromised. For the Oculus Quest 2, its processing power took a hit but it costs less than most other VR headsets and doesn’t need to be tethered to a $1000+ PC to run.

With Stadia’s help though, those compromises could vanish. By having Google’s servers do all the hard processing work, VR headsets would just have to handle streaming the final image and passing back player movements. You can get more details here.