Google Promises Fix for the Pixel 6 Pro Ghostly Display Flickers Will Be Fixed In December. Google says it’ll fix the ghostly screen flickering that some users have reported seeing when pressing the Pixel 6 Pro’s power button while the phone is completely powered down (via Android Central). 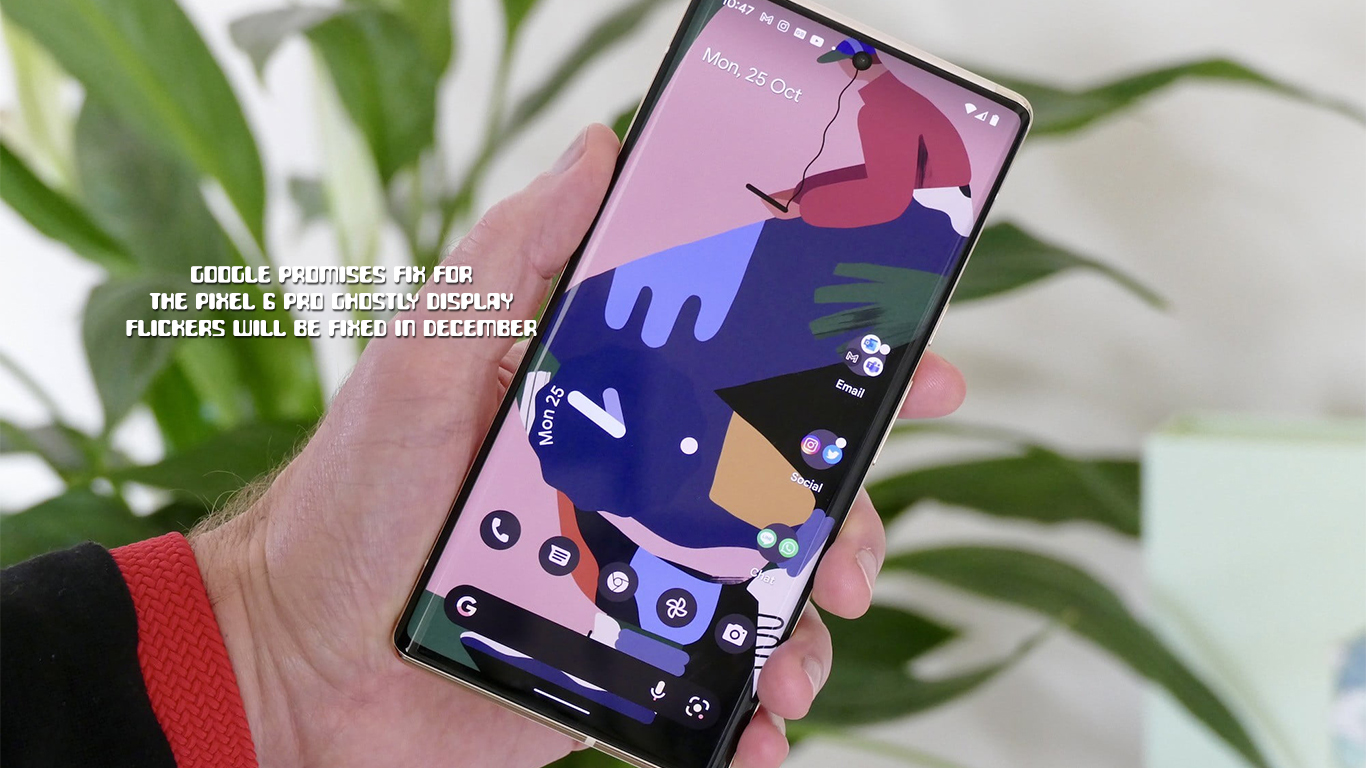 From most reports, the flickers don’t happen when just the screen is off like it would be if the phone was sleeping, though at least one person says that it’s happened while the phone was on and in use.

Google describes the issue as occurring when the power button is pushed “with slight pressure but not enough to turn [the Pixel 6 Pro] on.”

According to India today, some users of the new Pixel flagship smartphone by Google had earlier reported seeing the screen of the device flickering upon pressing its power button.

The issue has mostly been reported to occur when the smartphone is completely devoid of any juice in its battery, though some users had even complained of it when their Pixel 6 Pro was on and working.

In a support document for the issue, Google says the fix is coming in a December software update and that you can avoid it by not pressing the power button when the phone’s powered down.

While that could be read as a bit of a “you’re holding it wrong” instruction, it’s a bit hard to imagine why you’d need to repeatedly press the power button while the phone’s off.

Google Promise to Fix the Software

According to the verge, Google specifically says in its support document that the issue doesn’t mean the phone has a hardware flaw.

That’s good news because previous Google phones, like the Pixel 2 XL, had weird screen issues throughout their entire lives that shouldn’t be the case with the 6 Pro if the issue is fixable in software.

While it’s not likely that most owners would’ve run into the “transient display artifacts,” as Google puts it, it’s still nice to see that it’s getting fixed and should help those who use their phone’s buttons as fidget toys to have a less annoying experience.

Anyway, there are other valuable suggestions from Google too. For example, the company asks Pixel 6 Pro users not to cycle the power button when the phone is off.

This basically says you do not twiddle with it. Google also confirms that the problem “does not represent an issue with the phone hardware,” which is welcoming news for Pixel 6 Pro owners.