Google One VPN now on iPhone. Finally, Google has fulfilled its promise that it made in 2020 to extend its offer of Google One VPN services to iPhones. As with the Android version, Google One members on Premium plans (2TB or Higher, from $10/month) would be able to gain access to internet privacy services for the one monthly subscription fee. and this certainly helps to make the overall value proposition of Google One more appealing. 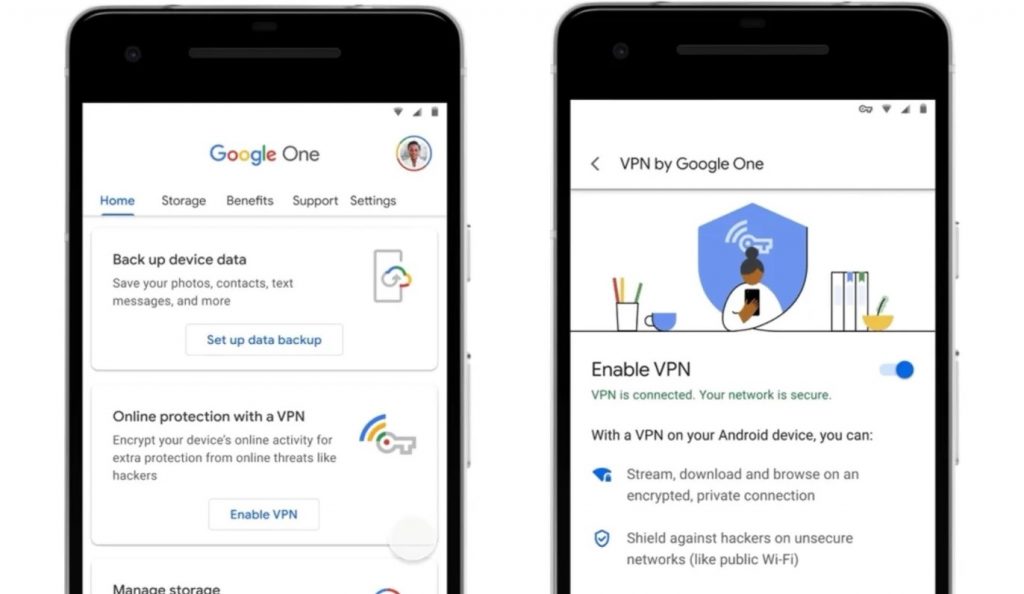 Google One VPN Now on iPhone

Although the service is still available in about 18 countries now, Google says it has other plans to expand it to additional markets soon enough.

Some Apple aficionados might actually be wondering why they should be interested in making use of the Google One VPN, well when they already have iCloud Private Relay available to them on their iPhones. Well, the answer is that iCloud Private Relay only works when using Safari.

As a fully-fledged VPN service, the Google One VPN extends it encrypted connection throughout all the data that your iPhone sends to the internet and regardless of your browser preference. This is quite a significant advantage, particularly if you would like to make use of another browser on your iPhone and would want to restrict the ability of other third parties to track the activity of your internet.

While some users of the iPhone device may be wary of making use of Google’s services, Google has promised that “we will never use the VPN connection to track, log or even sell your activities online.” Although it states that “minimum logging is performed in other to ensure the quality of service”, it goes on to add that “your network traffic or the IP associated with the VPN would never get logged.”

Google also stated that it has open-sourced its VPN architecture and they have carried out a third-party audit of its system, which should help to further assure users that Google is only offering jobs to VPN best practices as a provider. If you are still not convinced, Google also adds that it has achieved full certification from the Internet of Secure things Alliance (ioXt), excelling in all its eight security principles.

For the Uninitiated, VPN (or similar services like the iCloud Private Relay) are widely recommended by internet security experts as it encrypts the data that is found between your computer and the internet while also re-routing your connections in other to keep your IP (internet protocol) address so that your device would stay anonymous.

Just as advertised, it would enable the users to browse, stream and download content with a much more secure and private connection.

It also offers protection against eavesdropping by would-be hackers when browsing on an unsecured public Wi-Fi network. Of course, there are tons of other great alternatives to the Google One VPN, but if you are already making use of the Google One service, then having access to a high-quality VPN at no additional cost to your existing subscription should stand as a bonus.