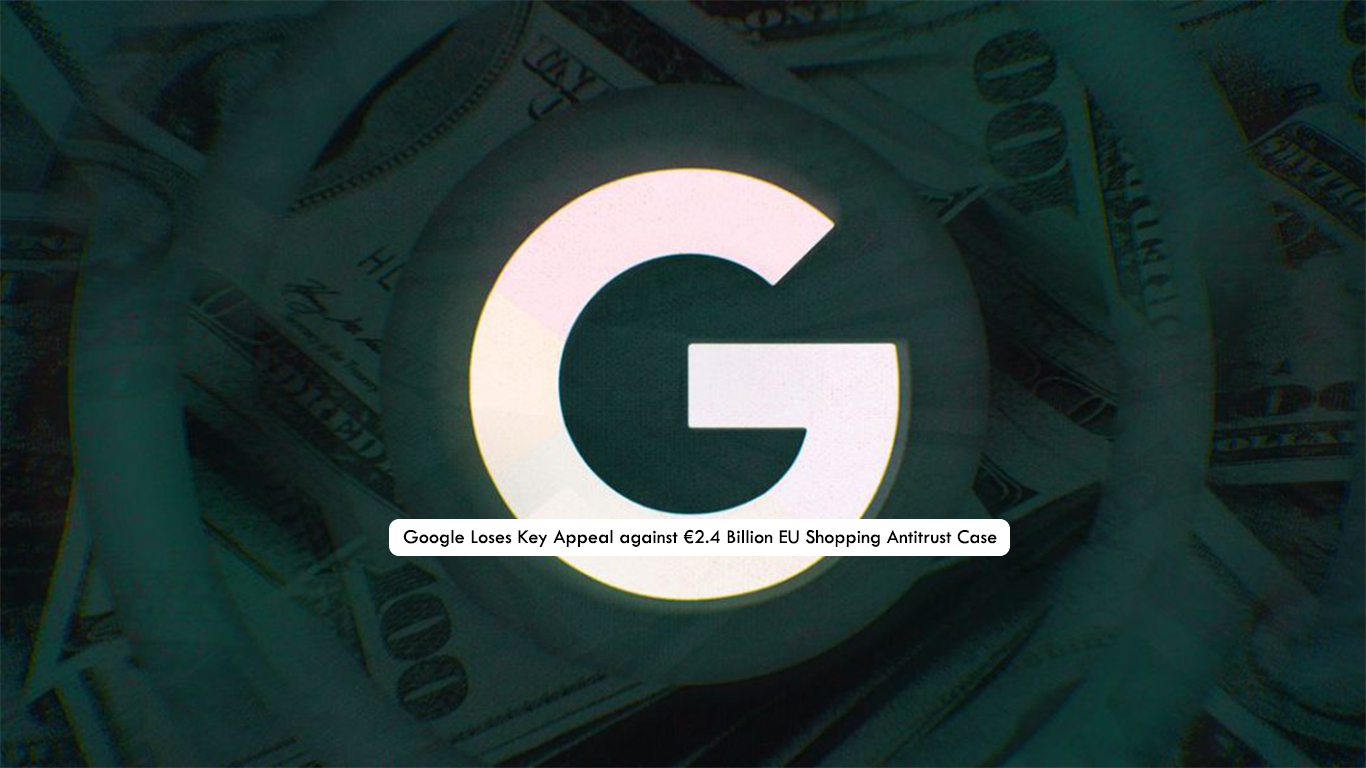 The law was broken on how it used its search engine to promote its shopping comparison service and demote those of its rivals.

Google and its parent company Alphabet appealed the decision, but the General Court today dismissed that appeal and upheld a fine of €2.4 billion ($2.8 billion). Google and Alphabet now have the option to appeal the decision yet again with the EU’s highest court, the European Court of Justice (ECJ).

According to the verge, this outcome is significant as it strengthens antitrust arguments made by the EU’s influential competition commissioner Margrethe Vestager against US tech firms.

In addition to this shopping comparison case, Google has been hit by two other major antitrust cases involving Android and AdSense in 2018 and 2019 respectively. These cases are now going through a similar appeal process to the one Google lost today with Google Shopping.

Key to Vestager’s legal argument in this and other antitrust cases is the concept of “self-preferencing” the idea that a company like Google can break antitrust law by using a dominant position in one market (in Google’s case, search) to help it succeed in another (in this case, shopping).

Self-referencing is not itself a breach of EU antitrust law, but its potentially harmful effects like stifling better products made by rivals are.

In its judgment today, the EU’s General Court said it had seen enough evidence that Google’s behavior in this area was harmful.

The company, said the court, had broken antitrust law “by favoring its own comparison shopping service on its general results pages through more favorable display and positioning while relegating the results from competing comparison services in those pages by means of ranking algorithms.”

Because self-preferencing is common in the tech world with companies often achieving scale by focusing on a single product before branching out to neighboring services this judgment will strengthen other antitrust arguments made by the EU.

“Today’s judgment gives the European Commission the ammunition it needs to tighten the screws on Google in other areas where it is throwing its weight around, like in online advertising, app stores and video streaming,” said Thomas Vinje, legal counsel for FairSearch, an industry association of Google competitors, in a press statement. “This victory is only the first step.”

However, despite celebration by Google’s rivals, the case also shows the extreme limitations in the EU’s ability to actually tackle antitrust cases in the tech world.

The original complaint, in this case, was filed more than a decade ago in 2009, and today’s decision may not even be the final judgment if Google and Alphabet decide to appeal with the ECJ.

In response to the 2017 judgment, Google did make changes to its business model, allowing rivals to bid to appear in its shopping search results, but rivals said this just created a new revenue stream for the company without addressing Google’s underlying advantage.

Between the slow decision-making process and the perceived inadequacy of Google’s changes by its rivals, many will wonder if the EU’s antitrust work is really worth it.

Meanwhile, antitrust advocates in the EU are already shifting their focus to the bloc’s next big legislative proposal to level the playing field with US tech firms: the Digital Markets Act, or DMA.

This act was proposed by the European Commission in December 2020 and would force tech platforms to make new concessions to smaller rivals.

However, even if the DMA is approved by the EU’s legislators, it wouldn’t be implemented until 2023 at the earliest. Speed is certainly not in the EU’s nature.