Google Is About Making Its First In-House SmartWatch For 2022. The company is said to be finally making its own in-house smartwatch, which is set to launch in 2022, according to a person familiar with the matter and a new report from Insider. 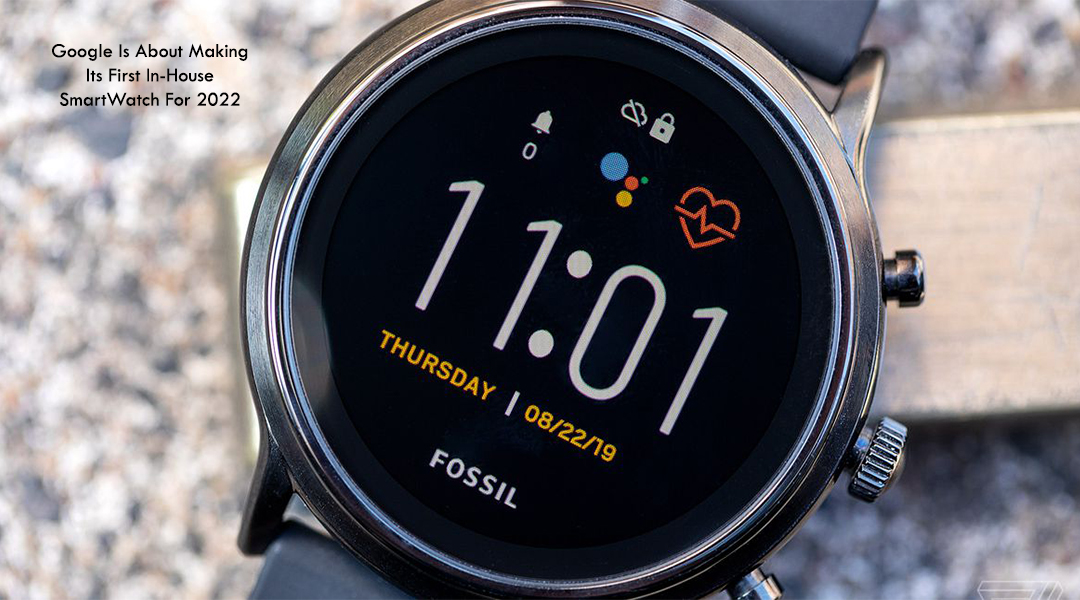 While Google has made its own smartphones for years under the Pixel line (which has since extended to other accessories, like wireless headphones), the company has never designed its own smartwatch, despite the fact that Google has had a companion wearable platform for Android since 2014.

Google Is About Making Its First In-House SmartWatch For 2022

The watch (codenamed “Rohan”) is being worked on by Google’s Pixel hardware group separately from Fitbit, which Google bought for $2.1 billion earlier this year.

According to Insider’s report, the new upcoming Google watch it’s not clear whether Google will actually be calling it a “Pixel Watch” yet will serve much the same role as the Pixel phones do for Android: an example for both consumers and hardware partners of what Google’s software is truly capable of when given the right hardware.

The device is expected to cost more than a Fitbit and compete more directly with the Apple Watch, according to The Verge’s source.

The Watch Will Have Some Basic Features

According to the verge, the watch will have basic fitness tracking features, including step counting and a heart rate monitor, with Google also reportedly working on debuting a Fitbit integration into Wear OS (codenamed “Nightlight”) with the new watch when it launches.

Google is currently in the middle of the latest reinvention of its smartwatch platform with Wear OS 3. Unlike the earlier versions of Wear OS (or Android Wear), Wear OS 3 was developed as a partnership with Samsung, merging the Tizen platform into Google’s own.

But so far, Wear OS 3 has only launched on Samsung’s Galaxy Watch 4, which runs a heavily customized version of the new operating system that eschews most of Google’s services and apps for Samsung’s own.

Google Nearly Had a Pixel Watch

Google nearly had a “Pixel Watch” in the past, according to a 2019 report. The LG Watch Sport and LG Watch Style, released in 2017, were originally supposed to be marketed as part of the Pixel brand.

But an employee told Insider that Google hardware boss Rick Osterloh axed the idea because they “didn’t look like what belonged in the Pixel family.” Both devices didn’t impress us when they came out.

The news of a Google-built smartwatch isn’t a complete surprise, however. Osterloh told The Verge’s Dieter Bohn earlier this year that an in-house Wear OS wearable was already on the horizon, noting at the time that Google’s acquisition of Fitbit was still “pretty early in the integration.”

Osterloh did mention that “you’ll see them [the Fitbit team] build wearables on Wear OS in the future,” with the team already “hard at work at that,” although it’s not clear whether Osterloh was referring to the Rohan watch or a different, future product.