Go Read This Report on How Amazon Is Trying To Avoid Liability. Amazon’s fleet of delivery drivers even though are detached from Amazon warehouses, the company still monitors all its drivers. 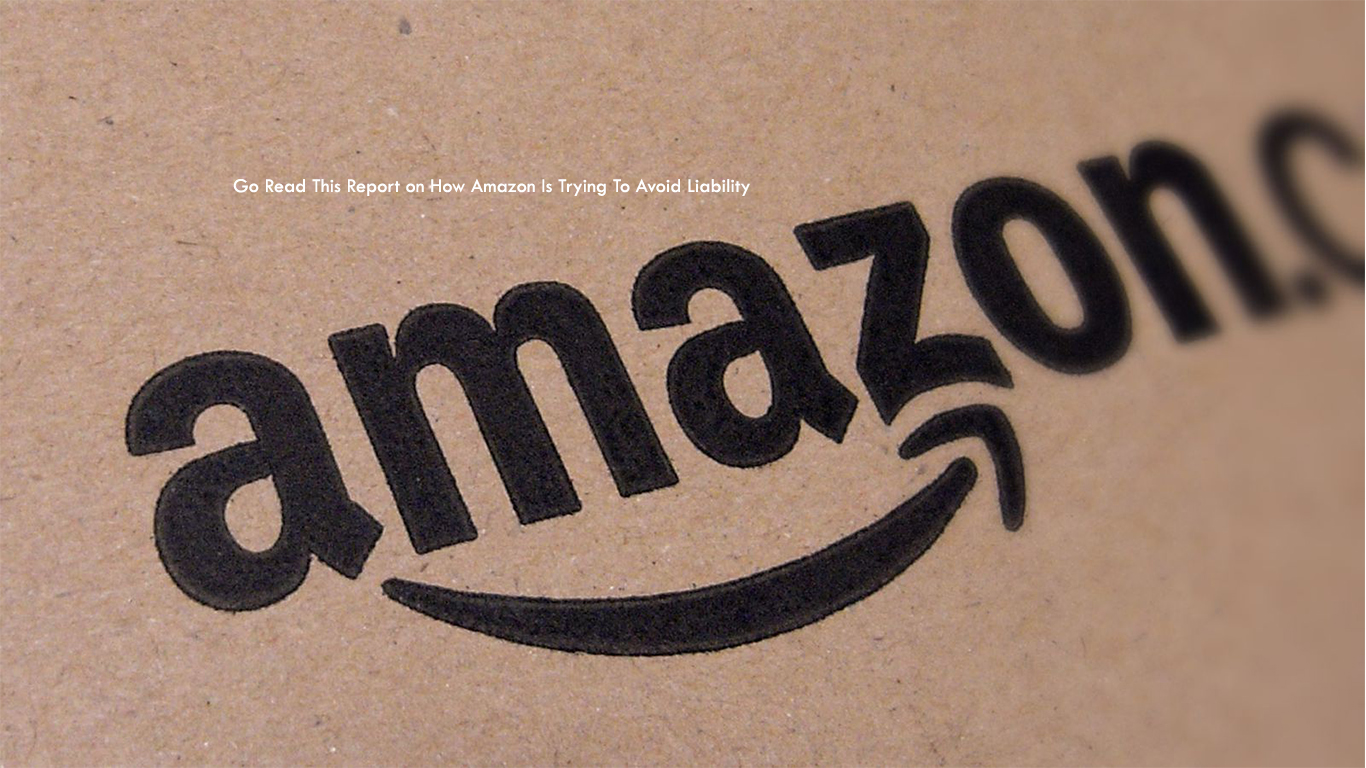 It made sure to install always-on cameras in its delivery trucks and even asked drivers to consent to yawn-detecting AI surveillance.

Nevertheless, it was that very surveillance system that puts Amazon in the crosshairs of the lawsuit that is claiming Amazon is at fault for a life-altering car accident.

The Bloomberg report described the details of the accident, and also how one lawsuit may change the way legal teams approach any similar situations in the future. The accident was said to have happened earlier this year when the 24-year-old Ans Rana was riding in the backseat of a Tesla Model S on the bustling Atlanta highway.

After the car halted behind a disabled vehicle, an Amazon delivery vehicle slammed into the back of the Tesla, leaving Rana with major brain and spinal-cord injuries.

According to the verge, Rana filed a lawsuit against Amazon in the month of June, laying claims that Amazon is responsible for the accident. But in a report, Amazon said it cannot be held responsible due to the fact that the delivery driver technically wasn’t an employee of theirs.

The delivery driver actually worked for Harper Logistics, LLC, one of the many Delivery Service Partners which Amazon uses for shipping.

But this Delivery Service Partners program was rolled out in 2018, and according to Bloomberg, Amazon’s partners has employed more than 260,000 drivers across the globe, some of who claimed that their employers told them to turn off their safety apps to meet quotas.

As Bloomberg reports, most commercial vehicle lawsuits like this are usually resolved without much stress. However, Rana’s case is remarkable due to his legal team’s claims that Amazon’s monitoring systems make the company answerable.

The attorney of Rana wants to look into exactly how Amazon’s machines control its operations, but doing so would reveal Amazon’s algorithms, which Amazon reportedly argues could be classified as “trade secrets.”

By themselves, the company designs and assigns the routes and determines how many deliveries each driver ought to be able to accomplish in a 10-hour shift. It monitors each driver’s performance via a smartphone app, cameras, and other hardware installed in Amazon-branded delivery vans.

The company can tell their delivery partners to take drivers that they deem too slow off the road, basically firing them.

Rana’s lawsuit argues that it was such practices that made Amazon negligent in the crash because they ‘forced drivers to rush to the point it was unsafe’ and ‘focused on speed and delivery efficiency without giving due consideration to the safety of the public.’

Rana’s Strategy Could Influence Other Lawsuits to Come

If the legal strategy of Rana works, this may influence the outcome of many other lawsuits to come. Bloomberg mentioned that Amazon Logistics has been the defendant in 119 vehicle injury lawsuits this year alone that reportedly quadruples the number of incidents that occurred the previous year.

With the holiday season coming up, that number may be on the rise. In February, Bloomberg states that a Texas couple reportedly sued Amazon for $1 million in damages following an alleged crash with a delivery driver but the case has since been dismissed.

Another man in Massachusetts reportedly suffered from brain injuries after a head-on collision with an Amazon delivery driver who allegedly fell asleep at the wheel. Amazon supposedly has yet to respond to that case, which Bloomberg says was filed in September.

Bloomberg’s report is an eye-opening story that’s both heartbreaking and angering, but still provides a small shred of hope that something might change. Most importantly, it sheds light on Amazon’s treatment of delivery drivers, as well as how that may have an impact on everyone else on the road.