Do you know that just recently, a German study shows that mobile phone radiations may be killing insects? Yes, this is true, well according to the study anyways and this is what we have gathered so far. Just recently over the past few weeks, a study showed that radiations from mobile phone devices may be contributing drastically to the decline in the population of insects. In Europe over the past years, the decline in the population of insects has been noticed dramatically, but not until the research, the real reason behind this hasn’t been found. And although there might be other causes leading to the decline in their (insects) numbers, it is clear that the radiation from mobile phones may just be one of the leading causes. 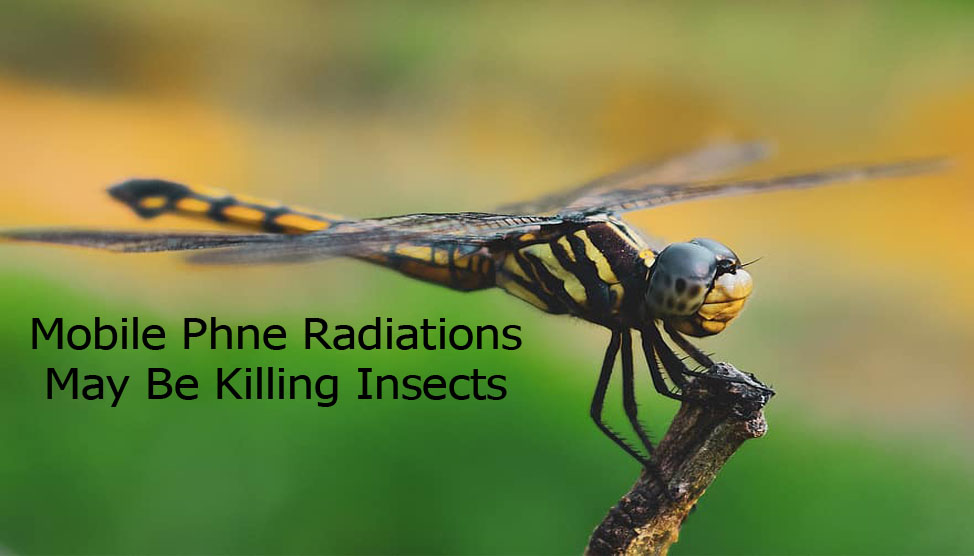 Just like I said, mobile radiations may not be the only factors contributing to the rapid declination of the numbers of the species. Other factors may include, pesticides, habitat loss, and of course increase in electromagnetic radiation. All these factors listed are in one way nor the other having a negative effect on the insect world.

The study and analysis that brought about his was carried out by the German nature and biodiversity conservation union (NABU). Although they didn’t carry out this study on their own. They were joined by two NGOs. One of the NGOs involved was from Germany and the other was from Luxembourg. Of all the studies carried out, 83, were deemed scientifically relevant. And of the 83 deemed scientifically relevant, 72 of them showed that radiation had a negative effect on bees, wasps, and flies. Continue reading to find out more about the effects of mobile phone radiation on insects.

The Effect Of Mobile Radiations On Killing Insects

Studies have already shown that the radiation from most of our mobile phones may be killing insects and in the long run affecting their population. If this continues in a few years from now, they may be termed, endangered species and this is not really good. The effects of the radiation may be numerous. And one of them is that it reduces the ability of insects to navigate. Navigation as you may have known by now is a very essential part of the lives of insects. The effect on their navigation however is due to the disturbance of magnetic fields in the process damaging genetic materials and their larvae.

Another effect of these radiations is that they open the calcium channels in certain insect cells. This, therefore, means that they will absorb more calcium ions. And in the process triggering a biochemical chain reaction in insects. And, also, disrupting circadian rhythms and the immune system, the study shows.

How To Prevent Radiation Poisoning Of Insects By Mobile Phone Radiations

There is pretty not much anyone can do right now. I mean the topic on its own is a very uncomfortable one. As you all know, mobile phones are a huge part of our daily lives ad routines. And also in terms of economic interests, the stakes are high backing mobile communication technology. With the recent introduction of the 5G network, the whole situation will only double if not skyrocket.

And, although the network has been met with some strong criticism and opposition from environmental campaigners. There is absolutely little anyone can do at the moment. With that being said and noted. Everyone should be on the lookout as this does not just affect the insect world alone. This also has a ripple effect on all of us. In any way you can help to reduce the effect of these radiations to a minimum, please do not hesitate.