As a lover or fan of the Gboard Keyboard, you would be happy to know that Google Wear OS now has the Gboard Keyboard on the platform. You probably should have heard about the complaints and the criticisms regarding the development of the pace of Wear OS, or rather the fact that it lacks it. 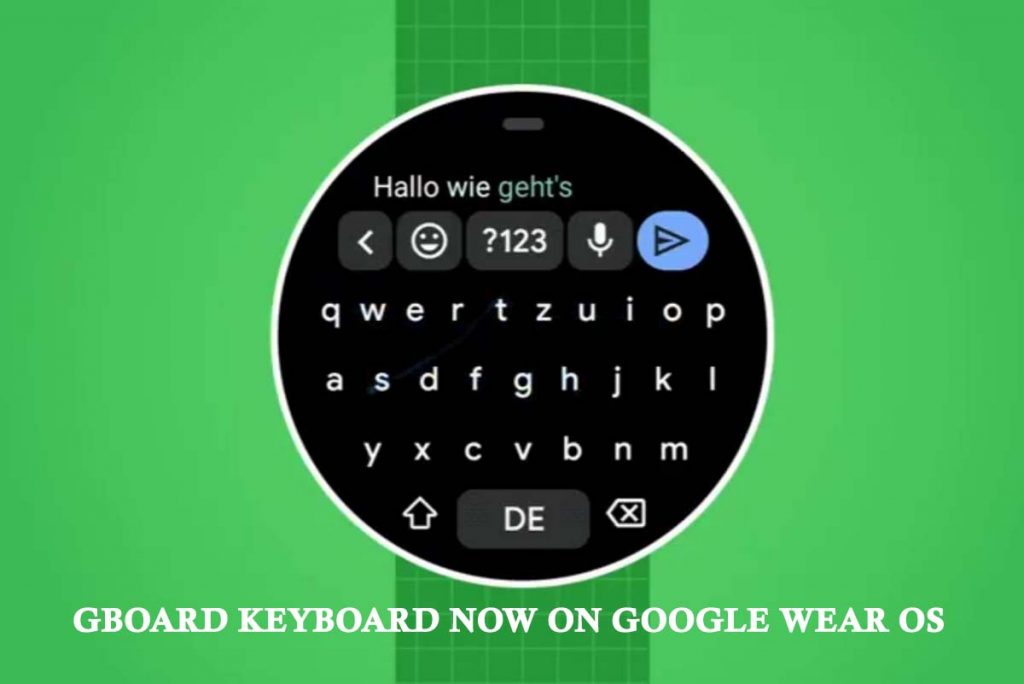 Some feel that it does not receive as much love as it gets from Google and that Wear OS seems to exist only so that Google would possess some for in the market of wearables.

Google did not turn all their attention away from the wear OS, and this is shown by the arrival of its Gboard virtual keyboard that is on the Wear OS. Unfortunately, it has also shown how long it took for them to make it take place.

Typing on the smartwatch is one of the most frustrating things to do with the watch. With that stated, Gboard also happens to handle more than just finger typing but also voice typing, language selection, and, of course, emojis. Of course, the wear OS does not possess its own keyboard app but it does not pretty much possess a crude version of the AOSP keyboard on Android phones.

Finally, the Wear OS is now getting the keyboard experience that all the Android users have been having fun with on the smartphones, of course, fine-tuned for tiny, circular screens. The keys happen to be spaced apart better but you are most likely to swipe your way through words rather than peck at the letters. And of course, the voice input is still preferred and recommended.

Despite the much spacious layout, the Gboard that is on the Wear OS still comes with room for some amazing features, like a scrolling list for emojis and a language picker so that everything concerning text communication is in your possession.

The Gboard that is on the Wear OS would be rolling out in the coming days but Google has suggested it’s just the beginning. There is a lot coming out this year, which would hint that it has a lot more to announce at Google I/O later this month. Whether it carries on with the momentum all through the remaining part of the year is yet to be seen.