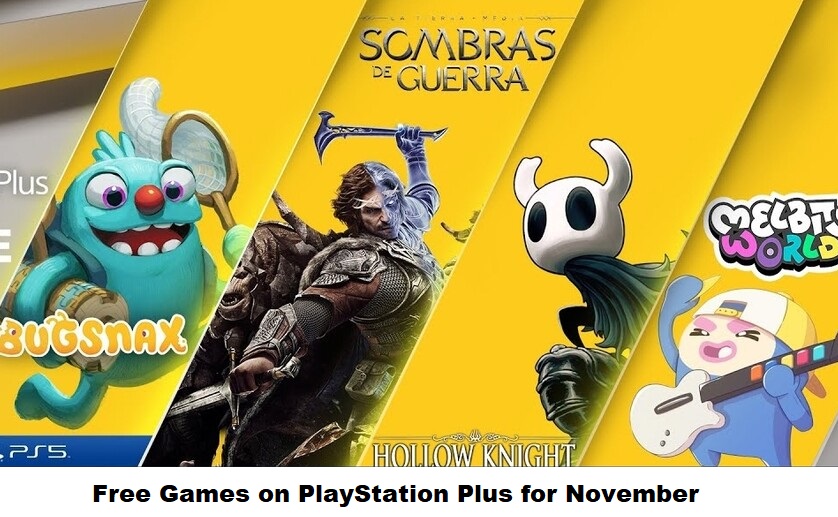 Free Games on PlayStation Plus for November

The three major consoles games that are now available on deck for this November now seem to be pretty solid. First up is the Knock City, a game that is all about dodgeball battles. This game launched this year on several platforms and is available to both PS 5 and PS 4 subscribers next month. We can probably expect that to generate a surge of new players, at least for a short period of time after it goes completely for free to all subscribers.

Knockout City would also be accommodated by “first class Trouble”, another game that would be made available for PS5 and PS4 Subscribers. “First class Trouble” Sounds like it would actually acquire some inspiration from Among Us, placing six players on a “luxury space cruiser” and tasking four of them with taking down a rogue AI. The remaining two players would be required to stop that via deception.

The kingdoms of Amalur brands are now owned by THQ Nordic, which happens to be on an expansion for the game that’s due at some point next year.

Sony also recently gave an announcement that this trio of console games would be claimable from November 2nd Until December 6th, While the PSVR games would be made available right on the same day and claimable up until the 3rd of January.

Well, this means that all PS Plus subscribers would be given up to November 1st to claim October’s games – Hell Let Loose, PGA Tour 2K21, and Mortal Kombat X. October came as a silent month for PlayStation Plus, but by including around six games next month, now it seems like we would not be able to level the same criticism at the lineup for November.