Recent news says Francis Ngannou May have Lost a Huge Sum of Money on the Table with UFC Spat. According to Ngannou, he has walked away from a whole lot of money due to his dispute with the UFC. 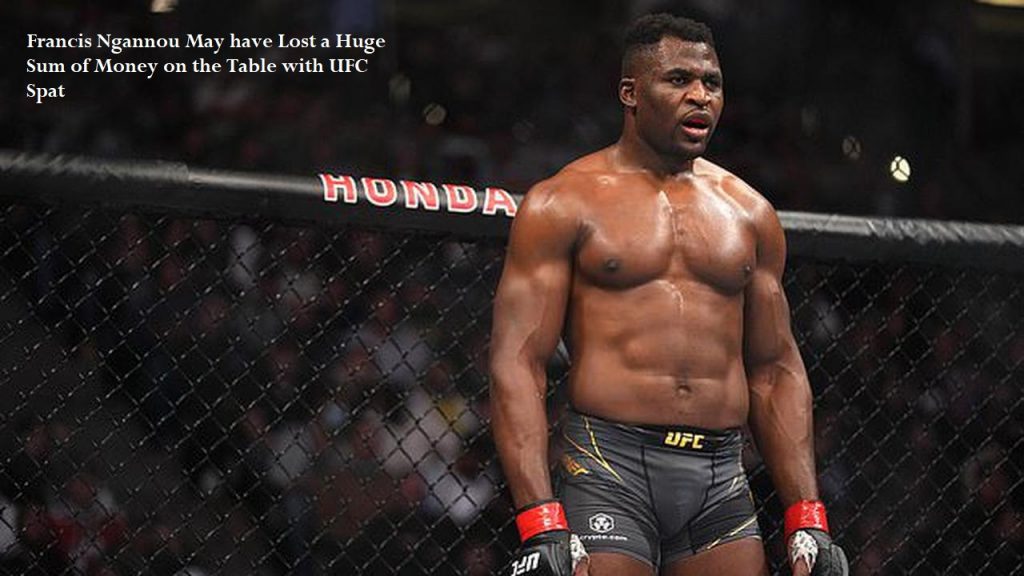 Francis Ngannou is the current reigning UFC Heavyweight Champion. He had what may go down as the most dignifying and important fights of his pro MMA career at UFC 270. Francis, popularly called “The Predator” walked into his title unification battle against Ciryl Gane on the last fight of his UFC deal.

Francis would have been a free agent if he lost the fight against Cyril,  but instead, he used his grappling skills to defeat Cyril, and now the champion‘s clause is still in effect for three more fights.

The Champion Francis Ngannou Walked Away From Millions

In his discussion with Ariel Helwani on The MMA Hour, the champion said that not signing a new contract with the UFC has led to him missing out on a huge sum of cash.

“I’ve been leaving a lot of money on the table, even since the Stipe (Miocic) fight. By now I might be down at least $7 million that I left on the table. I’m still happy with my $600,000 because I stood to fight for what I work for. Freedom doesn’t work with money. You give up one for one, whether you want freedom or whether you want money. You give up one to gain one.”

“This wasn’t just a fight, I was not just fighting in the Octagon, I was fighting for everything I stand for. It was way more beyond the fight, it was for my principles, for things that I believe in.

That was the reason why I was fighting. Even when they were trying to reach out for a deal they came out with a good amount of money. I’m like, ‘At this point, it doesn’t even matter.’ I left that all on the table. I don’t even care. I’m taking my six-hundred thousand, I’m going there, doing this, and I’m winning everything.”

Ngannou has stated his feeling that UFC contracts do not provide the type of freedom he’s looking for. Meaning that the deals are quite restrictive even if he’s labeled as an independent contractor. Further research can be done on Google.