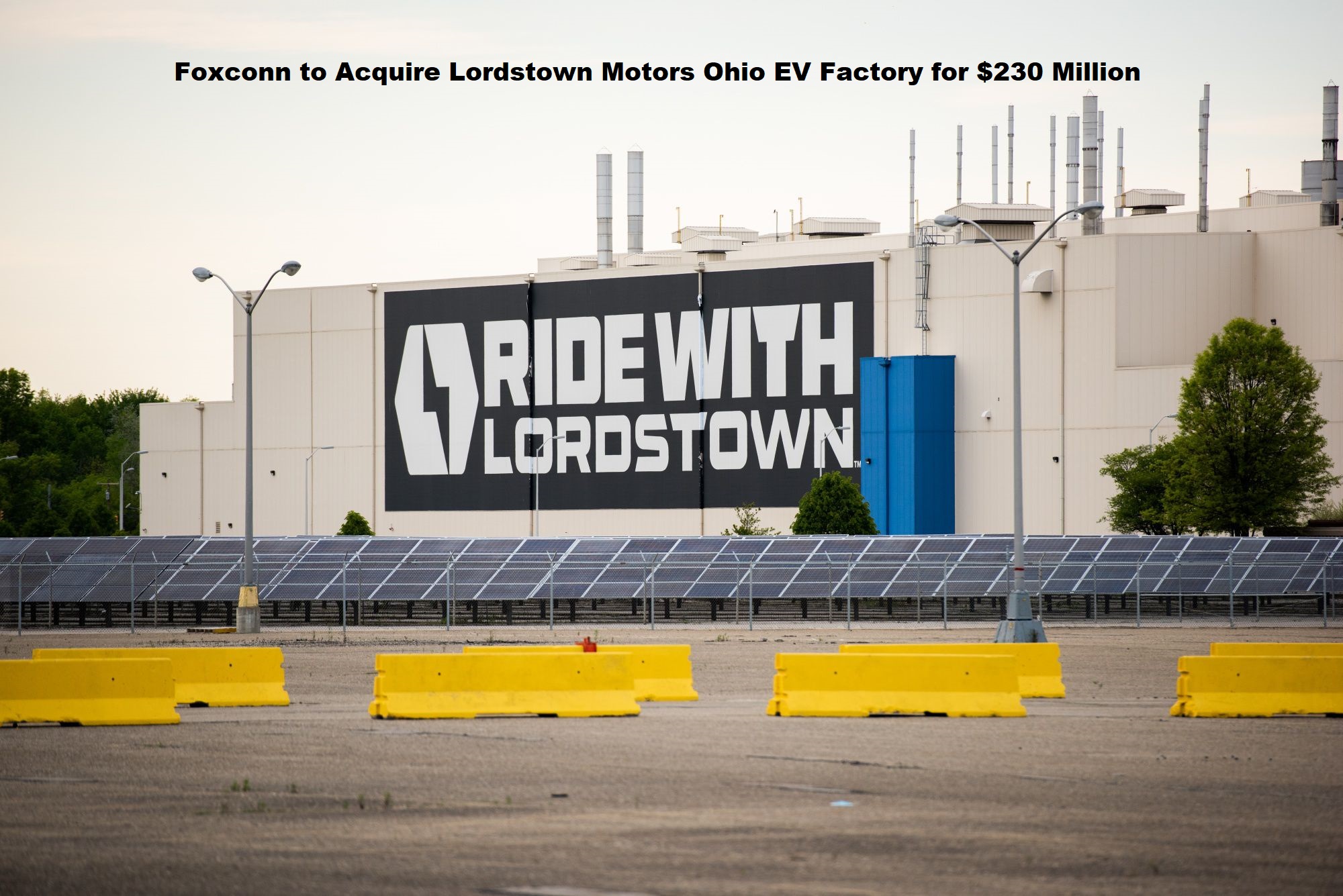 According to the verge, Foxconn says it has agreed to build Lordstown Motors’ electric pickup truck at the plant, which is where General Motors used to make the Chevrolet Cruze, and that the startup will remain a tenant there.

This deal of Foxconn acquiring Lordstown Motors Ohio EV Factory gives the Taiwanese conglomerate its first automotive factory, and a significant new presence in the United States one that the company will use as it tries to establish itself as a global electric vehicle automaker.

Foxconn previously announced a massive LCD panel factory in Wisconsin but has failed to live up to the myriad promises it made to that state.

As part of the deal, Foxconn is also buying $50 million worth of Lordstown Motors shares. The startup has recently admitted it needs to raise money quickly in order to survive, despite going public last year. News of the factory sale was first reported by Bloomberg early Thursday.

Lordstown Motors bought the 6.2-million-square-foot facility from General Motors in 2019 shortly after the Detroit automaker closed it down a decision that drew the ire of then-president Trump.

The startup previously announced in August that it was planning to rent out space at the factory in an effort to make money amid a serious cash crunch.

Since buying it, Lordstown Motors has put about $240 million worth of work into getting the factory ready to build its electric pickup truck, the Endurance. A spokesperson for Lordstown Motors declined to comment. Foxconn did not respond to a request for comment.

When GM sold the factory to Lordstown Motors, Trump praised the deal as “GREAT NEWS FOR OHIO!” But the startup which was founded by the former CEO of Workhorse, another struggling EV startup has run into an incredible amount of trouble ever since, despite going public and raising hundreds of millions of dollars in 2020.

Lordstown Motors’ CEO was forced out earlier this year after he was caught lying about the veracity of the preorders for its truck. The startup has lowered its initial production goals for that truck, too.

Both the Department of Justice and the Securities and Exchange Commission have launched probes into Lordstown Motors, and the company has said it only has enough money to survive through mid-2022. You can get more details from here.