Four Plant Based Food you are Advised to Eat Every Week 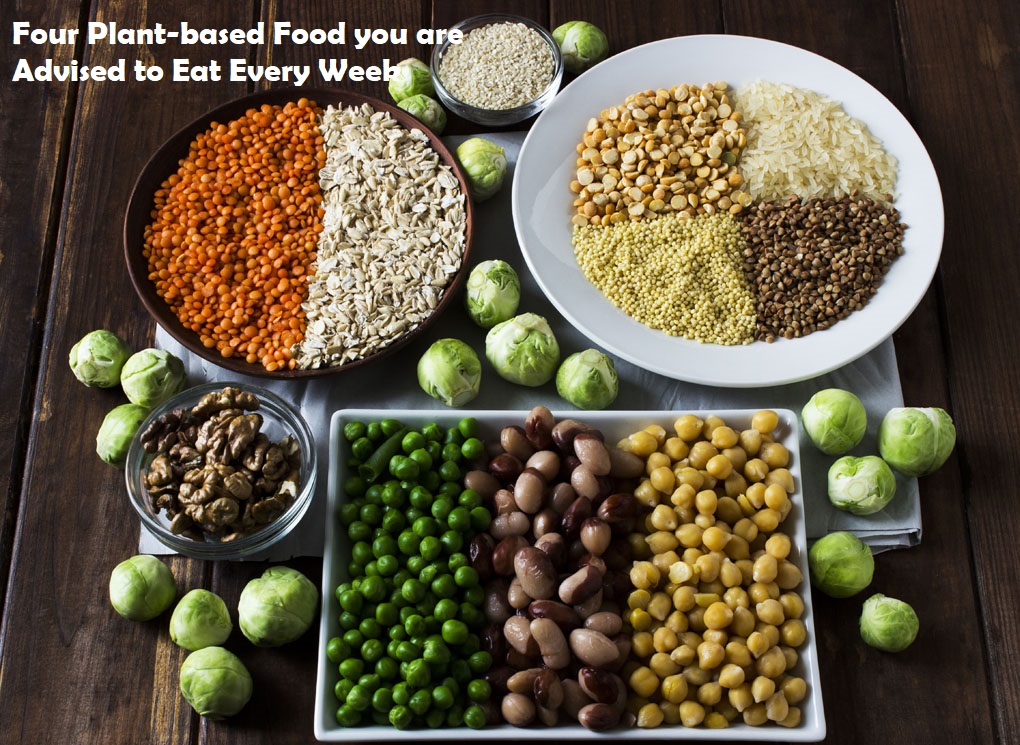 Four Plant Based Food you are Advised to Eat Every Week. I‘ll start with this question, what do you eat?

Plants are good sources of healthy nutrients. Including different types of dietary fiber, vitamins, minerals, and a range of “phytonutrients”-nutrients that plants produce to help them grow or protect themselves from pathogens and pests.

A review of research which was published in May 2021 looked at 12 studies with more than 500,000 people who were followed for up to 25 years. The research found that those who ate the most plant foods were less likely to die from any cause within 25 years, compared to those who ate the least.

Below, we have compiled four versatile and tasty plant foods you should have on your weekly grocery list, and the research showing why they’re good for you.

Tomatoes are grouped under berry fruits (not vegetables). They’re very rich in vitamin C and “lycopene”, which is a carotenoid (pigments produced by plants and give vegetables their bright colors)

Researchers found that consuming any tomato products led to a large decrease in systolic blood pressure (the first number that measures the pressure at which the heart pumps blood).

However, there was no visible effect on the diastolic pressure (the second number which is the pressure in the heart when it relaxes).

A review of studies which included a total of 260,000 men, found out that those with the highest intakes of cooked tomatoes, tomato sauces, and tomato-based foods (equivalent to about one cup per week) had a 15-20% lower risk of developing prostate cancer as compared to those with the lowest tomato intakes.

Pumpkin is another great plant rich in beta-carotene, which is also a carotenoid (plant pigment). This pigment gets converted into vitamin A in the body and is used in the production of antibodies that fight infection. It’s also used to maintain the integrity of cells in the eyes, skin, lungs, and gut.

A review that followed people over time looked at associations between what people ate, blood concentrations of beta-carotene, and health outcomes.

It showed that people who had the highest intakes of foods rich in beta-carotene (such as pumpkin, carrots, sweet potato, and leafy greens) had at least an 8-19% lower relative risk of having coronary heart disease, stroke, or dying from any cause compared to those with the lowest intakes.

Mushrooms, although classified under Fungi are rich in nutrients with strong antioxidant properties.

Free radicals are normally created by the body‘s processes. These are small particles capable of damaging cells walls and causing the cells to die.

If these free radicals aren’t neutralized by antioxidants, they can trigger inflammation, contribute to aging and the development of some cancers.

A review of 17 pieces of research conducted on mushrooms and health found people who ate the most mushrooms had a 34% lower risk of developing any type of cancer compared to those with the lowest intakes. For breast cancer, the risk was up to 35% lower. Although, correlation doesn’t necessarily mean causation.

According to studies, a high mushroom intake was equivalent to eating a button mushroom a day (roughly 18 grams of mushroom).

These found that eating intact oat kernels and thick rolled oats led to significant reductions in blood glucose and insulin responses, but not after eating quick rolled oats.

This may be due to the longer time it takes for your body to digest and absorb the less-processed oats. Therefore, it’s better to eat whole grain oats, called groats, or rolled oats rather than quick rolled oats.

According to 58 studies where people were fed a special diet containing about 3.5 grams of oat beta-glucan a day, “bad” cholesterol levels were significantly lower compared with control groups.

Oats have also been seen to cause a significant drop in blood pressure.

These four plant-based foods can be eaten whole or incorporated into your daily meal. Do try them out and give us feedback below.