Fortnite X Uncharted Skins Will Arrive in Item Shop Before US Movie Premiere. Epic Games have finally published a new “Fortnite” video that showcases the game’s upcoming “uncharted” skins, as well as details about when the players get to expect them in the item shop. 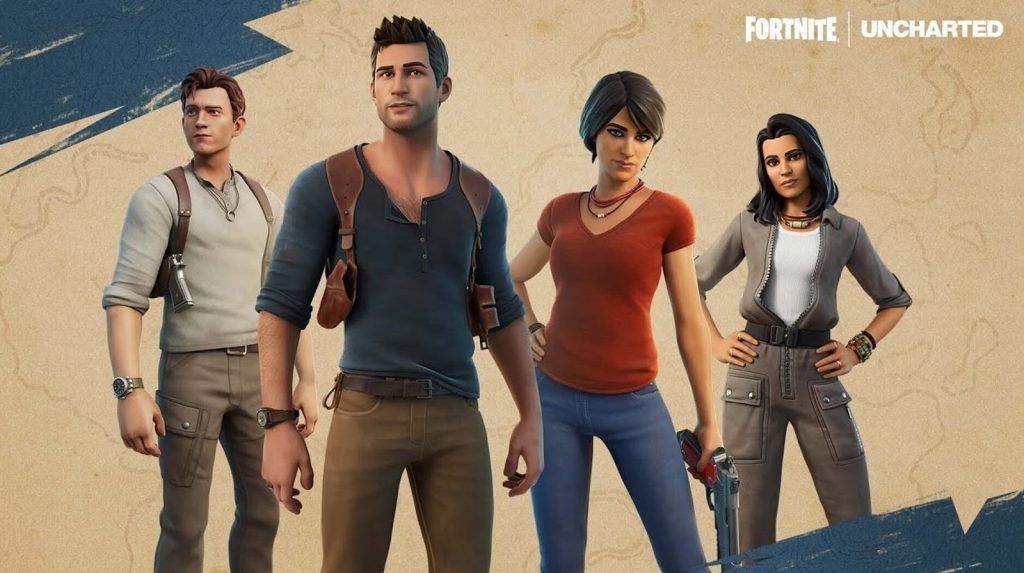 The outfits, which are set to feature the characters Nathan Drack and Chloe Frazer, were based on the upcoming feature film, and they would be available in the battle royale game a day before the anticipated movie arrives in theaters.

After many years of delays and promises, the anticipated “uncharted” movie is a lot closer to reality than ever – it would arrive in theaters starting on February 18, 2022. One day before that, however, skins that are based on the two main characters in the universe will be released in “Fortnite,” marking yet another instance of a big franchise that would be arriving on the battle royale island.

Even better, Epic would be launching two versions of both Drake and Frazer, with one skin that is set based on the video game versions of these characters and the other set styled after Tom Holland and Sophia Taylor Ali, the actors who actually play them in the movie.

Epic finally published the “Fortnite” video announcing the new “uncharted” skins on February 10, though the video is expected to remain unlisted and the company is yet to talk about the planned item shop released on its game blog. As such, it remains unclear at this time whether the skins will be arriving along with the tournaments or set of challenges, which is often the case. The video was revealed as a part of a puzzle that was published earlier this month.

What we are yet to know, however, is that players would get to grab the skins from the item shop starting this February 17. If past releases are any indication, players would likely have the option to purchase each skin individually making use of the V-bucks or getting both as a part of a slightly discounted bundle. Epic stated in their YouTube video post that players receive style based on both the movie and the “uncharted 4: a Thief’s End” game.

For the Chloe Frazer skin, what this means is that both default and “no jacket” styles, plus a related back bling. The two skins are expected to be joined by the parashurama Axe Pickaxe, Second-Hand saber pickaxe, and the Update Journal Emote.

To add, Epic stated that players get to expect some “treasure maps” left by Nathan Drake around the battle royale island. “Fortnite” players will be able to locate these maps, make use of them to locate “buried treasure,” and dig for hidden goods making use of their pickaxes, the company explains. This is quite similar to how the players have recently completed some challenges as a part of the latest season.

Epic actually did not say exactly what these treasure caches would be featuring, as it promises only that it would be a “trove of valuable loot,” presumable meaning high-tier weapons and consumables. The company is yet to offer any other details on the crossover at this time, including how many V-Bucks players can expect to spend on the skins and how long they would be required to wait before the treasure maps start appearing on the island.