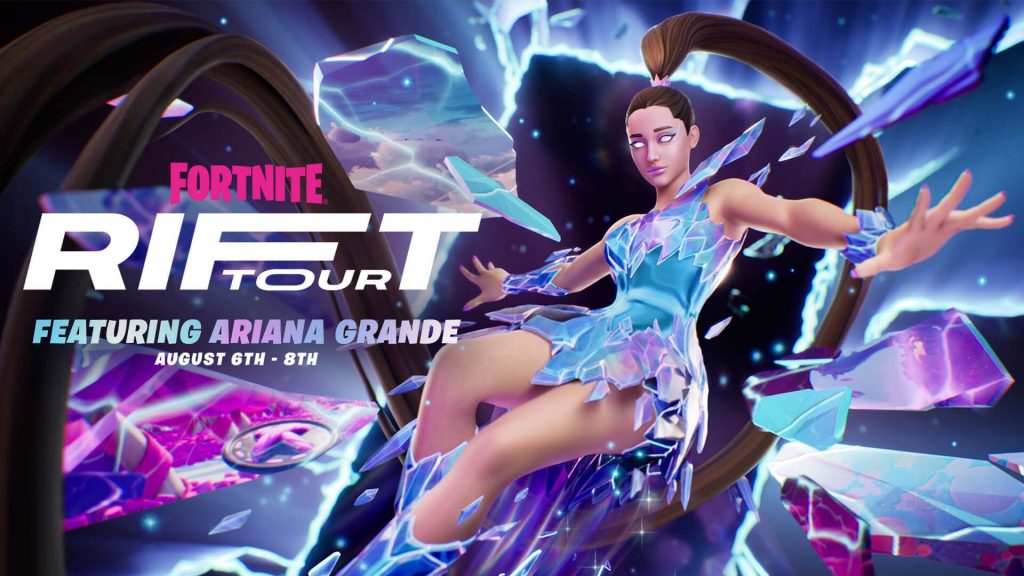 Epic stated that confirmed today that Rift Tour would be held in five places over five performances that would span in three days. The company suggested that the players would load right into Fortnite an hour before their chosen performance would be kicking off. With the Rift Tour playlist opening a half-hour right before the show. Below, we’ve listed the show dates and times, with the first happening this Friday.

So, as you can see, there are about three shows that would be taking place right on Sunday. So if you would miss the shows on Friday or Saturday, it looks like they have a lot of options to close out the week. Epic has launched an in-game Rift Tour tab along with all of this information, but that’s also where you’ll find a set of rift Tour quests to unlock a collection of Ariana Grande-Themed cosmetics. Everyone that would be attending the Rift Tour would receive a special umbrella glider just for showing up.

Also teased by Epic is the upcoming Ariana Grande Gear Pack that would be available via the Fortnite Icons Series. The teaser trailer that you would see above reveals the Ariana Grande Outfit and the Puggy Smallz Back Bling, but of course, we are assuming that there’s more to this gear than just those two items. The Ariana Grande’s gear would be arriving in the items shop starting from the 4th of August at 8 PM EDT.