Do you actually know that with the first episode of arcane Netflix will support Twitch Co Streaming? Arcane, Riot’s first TV series, will premiere on Saturday, November 6th, 2021 at 7 PM PT on Netflix globally. Arcane is the first Netflix series to debut with co-streaming exclusively on Twitch. 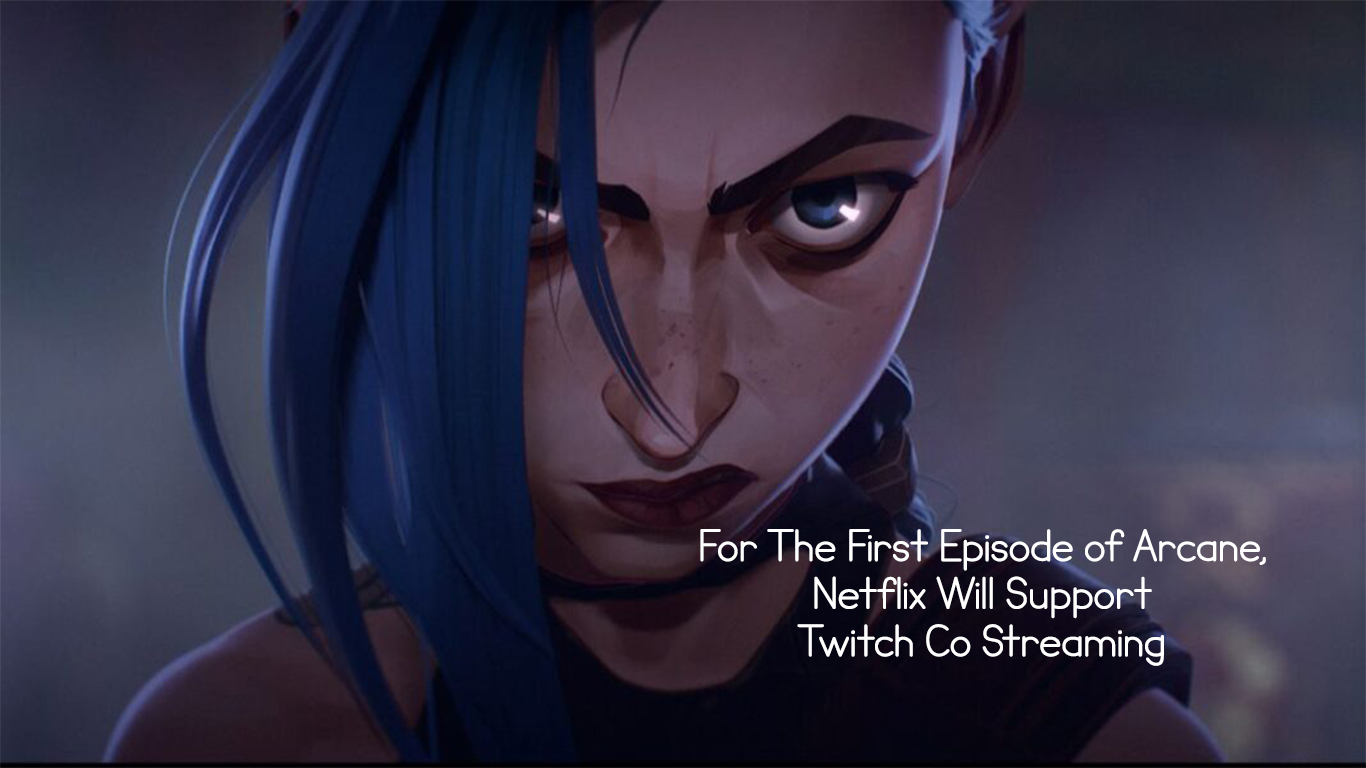 Content creators on the service will be able to broadcast themselves watching and reacting to episode one.

In addition to catching the first episode on Twitch, players and fans around the world also will be able to experience the Global Premiere Event hosted at Riot’s Headquarters in Los Angeles.

Designed for a global audience, the event will feature an innovative red carpet for media and streamers around the world to connect with their communities.

For The First Episode of Arcane, Netflix Will Support Twitch Co Streaming

The Global Premiere Event will be broadcast by streamers and influencers representing over 30 countries, and is open for co-streaming to all, so fans can celebrate the Arcane debut live with their communities.

Fans who tune in to the digital co-streamable on Twitch will receive Twitch Drops, exclusive in-game items in Riot’s games.

Co-Streaming is a popular form of entertainment that enables a user to broadcast themselves providing unique commentary over separate content.

The premiere of the show will be at the center of a global celebration for gamers and fans of the League of Legends IP, combining the 2021 League of Legends World Championship, an event that saw 49.45 million international concurrent viewers last year, with Riot’s first television show.

It will blend competition, entertainment, and gaming in a whole new way to serve Riot’s global player base.

The three Acts of Arcane, each containing three episodes, will be released simultaneously on Tencent Video in China and Netflix globally, ensuring Riot’s global player base can experience the show together regardless of location.

The series will premiere on 6 November and will give fans of the franchise the chance to delve deeper into the world of Runeterra and learn more about some of their favorite characters through this series.