Firefox Reality axed As Mozilla Ends VR Browser. Recently, Mozilla announced that the Firefox reality, The VR-based web browser that was launched in 2018, is being shuttered sort of. According to the company, a version of the browser will live on as Wolvic, a new product from Igalia. 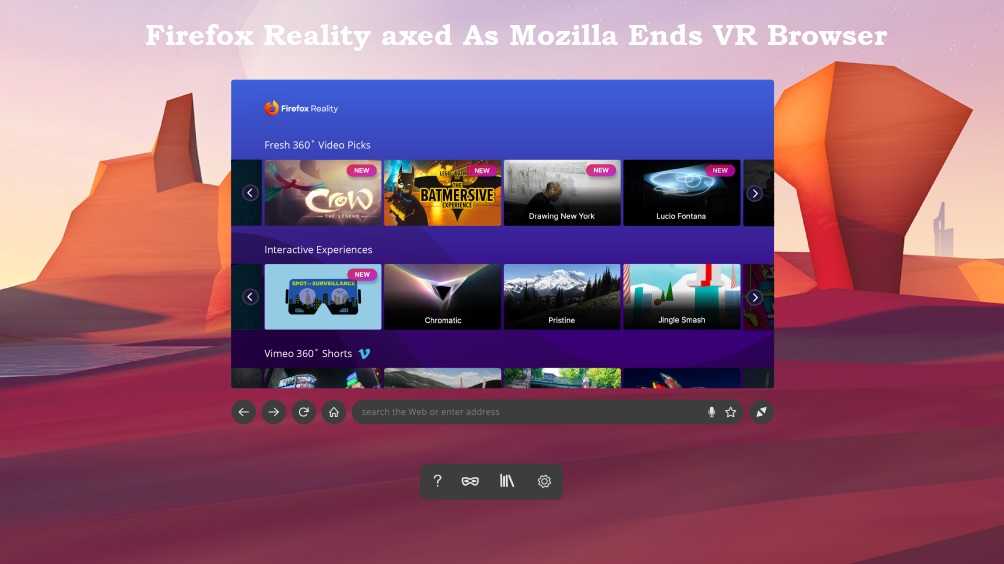 The new browser will be launched next week and Mozilla’s Firefox Reality app would get pulled from stores at around the same time.

The Firefox Reality is a browser that was created to make the internet accessible within VR environments. An Oculus user, for example, can make use of the Firefox reality when browsing the web pages and wearing the VR headset.

The browser is expected to include some robust features including voice search and support for 360-degree videos. Overall, the app is a great tool for VR enthusiasts, but one that happens to no longer remain as part of Mozilla’s software catalog.

What Users Should Expect

As stated by Mozilla, it has passed the technology that is behind Firefox reality over to Igalia, which describes itself as an “open-source consultancy.” The group has just brought Wolvic, its new browser that, according to Igalia, will be placing its focus on “picking up where Firefox Reality leaves off.”

Wolvic is created based on the Firefox Reality Browser’s Source code, Mozilla explains. Igalia has dropped a few additional details, and it includes that it has “secured partial funding over the next two years” though, it notes that the group still hopes to locate some interesting new partners.

Among other things, Igalia stated that it would initially place its focus on standalone VR and other “extended reality” systems that are AOSP-based, which would be bringing in more popular products like the HTC Vive Focus and Oculus. It also looking to work with major companies in the market to bring in Wolvic to their respective platforms, alongside Lenovo and Qualcomm mentioned.

Wolvic is expected to launch the following week “still in a somewhat beta phase,” as stated by Igalia meaning users might actually run into bugs sometimes. Firefox Reality, meanwhile, we are taken out of app stores “in the weeks to come.