Finally, Facebook has live chat support for people locked out of their accounts. Despite eagerly participating in a competitive platform and escalating financial incentives to attract creators, one area where critics have said Facebook is lacking is in the ability to provide basic support for those online stars. 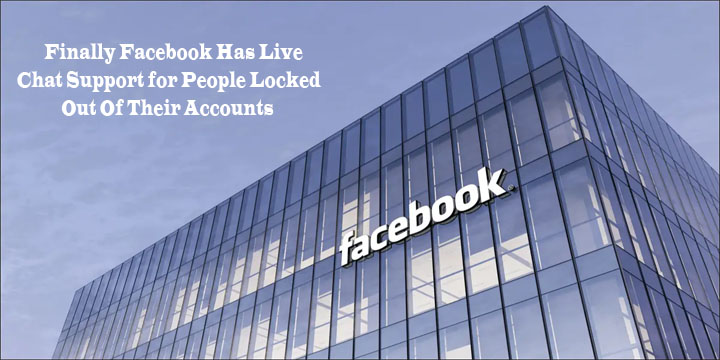 According to the verge, whether that’s through community moderation and page management tools or making sure they have someone to reach if they’re locked out of their account suddenly, it has been a consistent issue.

Now it’s trying to change that, announcing a “small test” of live chat support for English-speaking creators in the US who don’t have an assigned relationship manager.

That way, these midtier internet stars can get a quick response if they have questions about a payout, or, for example, how to use a new feature for Instagram Reels.

Finally, Facebook Has Live Chat Support for People Locked Out Of Their Accounts

Another element that’s even more crucial is for those who are locked out of their account for one reason or another. A report by BuzzFeed in August detailed an underground economy of people who claim to have inside access at Meta and charge money to help with account restoration.

People who use social media as their business may feel they have no choice but to pay, especially when normal customer support avenues are unresponsive.

Facebook says it’s now testing “live chat help for some English-speaking users globally, including creators, who’ve been locked out of their accounts.”

The company says it’s the first time it has offered live support for the issue and that it’s focusing on people who can’t log in either due to unusual activity or because they’ve reportedly violated its community standards.

Other changes it’s announced this week include better comment moderation with keyword blocking, moderation assistance that can auto-hide comments with links or images, the ability to block a user along with any new accounts they try to make later, and a dedicated spot to view hidden comments.

If you’re trying to go live and build a fan base, then you’ll be able to do it with more people, as Facebook has added the ability to co-broadcast with up to three additional guests.

You can also share those live broadcasts as Facebook Stories that pop to the top of your followers’ feeds, as well as badges and front row privileges that make it easier for the host to know when particularly dedicated fans are watching.

Finally, video hosts can also add featured links that viewers can click without leaving the video and polls that work on mobile just like they already did on the desktop.

In case you are at loss at what live to chat support means, live chat is simply a form of customer messaging software that allows customers to speak directly with a company’s representatives usually those in customer service and technical support, and other roles.

Live chat is a messaging system for businesses that works as a pop-up chat window within a company’s website.

Live chat support is a way for customers to get help through instant messaging platforms. For example, it can be a proactive chat pop-up think of a chatbox appearing on your screen and asking if you need help. Clicking on it would connect you to a live agent