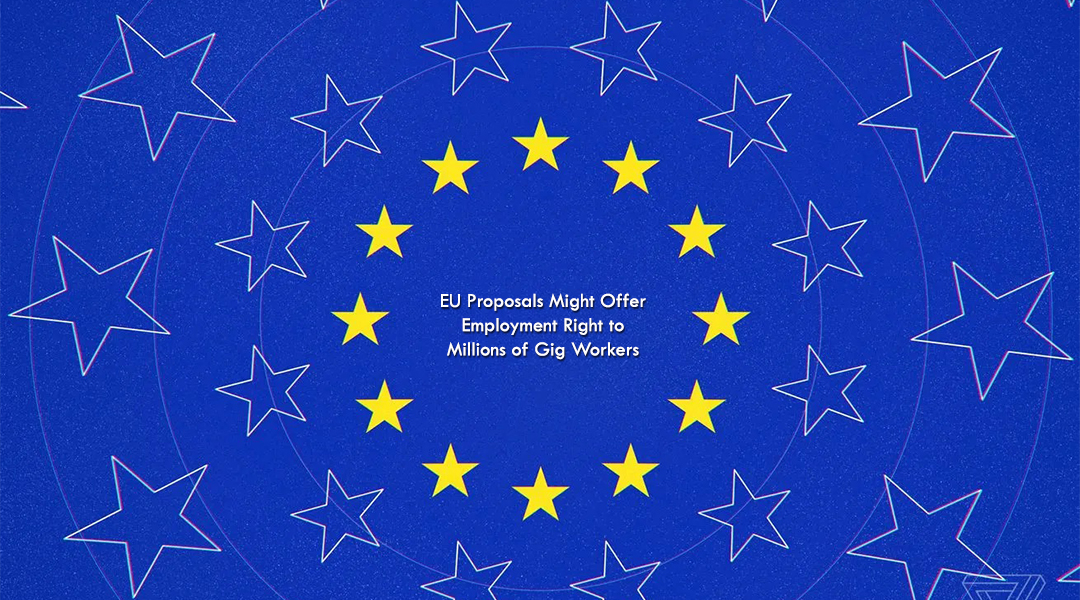 In a press release, the Commission says these rights would include a minimum wage (where applicable), collective bargaining, paid leave, unemployment and sickness benefits, and pensions.

The Commission says an estimated 28 million people in the EU currently work through “digital labor platforms,” and of these, as many as 5.5 million may be incorrectly classified as being self-employed.

So, with its new rules, the EU wants to lay out a series of criteria that will clearly determine whether a platform is a simple intermediary or an “employer” with more obligations to its “workers.”

It was also said that the legal status of gig workers has become an increasingly contentious issue around the world.

The New York Times notes that taxi companies like Uber and food delivery services like Deliveroo have been accused of categorizing their workers as independent contractors to save costs and reduce legal liabilities. If adopted, the EU’s new gig economy rules could be some of the strictest in the world.

Individual countries have already attempted to push back on these categorizations. A legal ruling in the UK in February stated that Uber’s drivers are workers, and the following month the company started offering a minimum wage and paid vacation.

Uber opposes the Commission’s new proposal, telling the NYT that it’ll result in higher costs for customers, putting jobs at risk. (Though, for what it’s worth, the company made the same argument when California was debating the issue of worker protections. When the company got its way, it raised prices anyway.)

Alongside its new proposals around employment status, the Commission also wants to increase transparency around the management of employees via an algorithm, including the right for workers to contest automated decisions.

The proposals also include new obligations for platforms to provide data to national authorities, as well as guidelines clarifying the rights of self-employed people to collective bargaining.

“Our proposal for a Directive will help false self-employed working for platforms to correctly determine their employment status and enjoy all the social rights that come with that,” the EU’s Executive Vice President Margrethe Vestager said.

“Genuine self-employed on platforms will be protected through enhanced legal certainty on their status and there will be new safeguards against the pitfalls of algorithmic management.”

The Commission’s Proposals Will Be Debated by European Parliament

The Commission’s proposals will now be debated by the European Parliament and Council. The directive would then need to be adopted into law by individual member states.

Given the timescales involved in both these processes, The New York Times notes that the rules are unlikely to become law before 2024.