Finally Apple Releases IOS 15.0.2 with Some Fixes. Apple released iOS 15.0.2 on Monday, and it has some important bug fixes, including a couple specific to Find My. For the iPad and iPhone, it also fixes a security flaw that Apple says may already be under attack, so update ASAP. 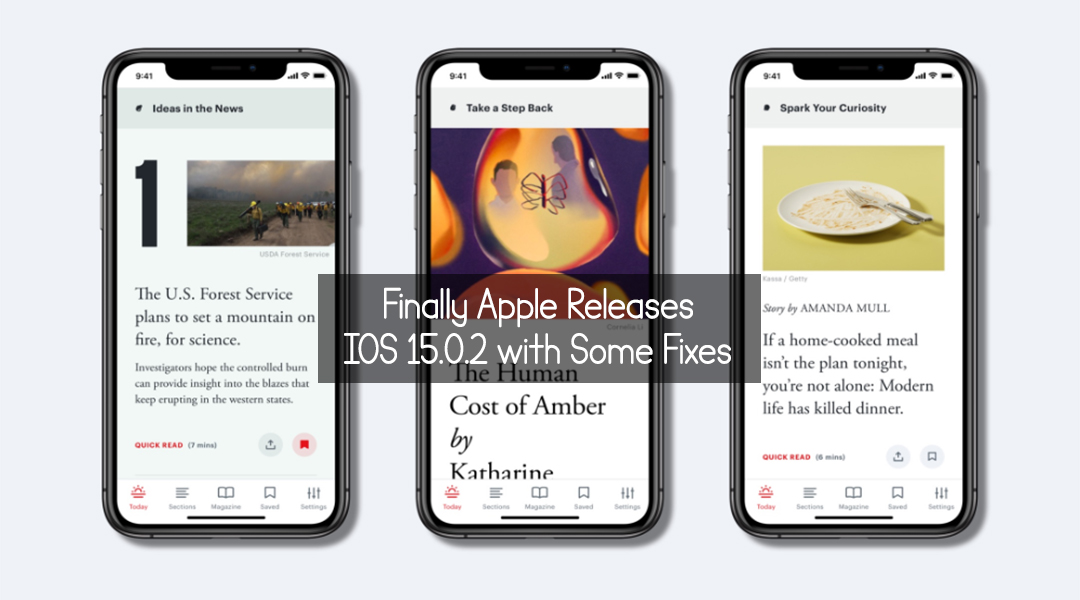 Credited to an anonymous researcher, CVE-2021-30883 could allow an attacker to exploit the IOMobileFrameBuffer to “execute arbitrary code with kernel privileges,” and take over your device.

The iOS 15.0.2 update can be downloaded for free and the software is available on all eligible devices over-the-air in the Settings app. To access the new software, go to Settings > General > Software Update.

According to Apple’s release notes, the update fixes an issue that could be because images saved to your Photo Library from Messages disappear after the associated message or thread is deleted.

iOS 15.0.2 also fixes an issue that could cause the iPhone Leather Wallet with MagSafe not to connect to Find My, and a bug that could cause AirTags not to appear in the ‌Find My‌ Items tab.

This update includes bug fixes for your iPhone:

According to MacRumors, the patch note is as follows;

– Photos saved to your library from Messages could be deleted after removing the associated thread or message
– iPhone Leather Wallet with MagSafe may not connect to Find My
– AirTag might not appear in the Find My Items tab
– CarPlay may fail to open audio apps or disconnect during playback
– Device restore or update may fail when using Finder or iTunes for iPhone 13 models
For information on the security content of Apple software updates, please visit this website:
https://support.apple.com/kb/HT201222

Apple has also released iPadOS 15.0.2 for iPad models, with fixes for the Messages bug, the AirTag bug, and a bug that could cause the device to restore or update to fail on an iPad mini 6 when using Finder or iTunes.

Apple’s security support page for the updates says that iOS and iPadOS 15.0.2 address a vulnerability that could allow an application to execute arbitrary code with kernel privileges, a bug that Apple says could have been actively exploited. For that reason, all users should make sure to update to the latest software as soon as possible.