Finally, a fix for Instagram stories audio issue is here. Just after the release of the Apple iOS 15 update, various users have been reporting strange behaviors on the Instagram app – like when an iPhone’s ringer is set to silent mode, Instagram stories play without audio. 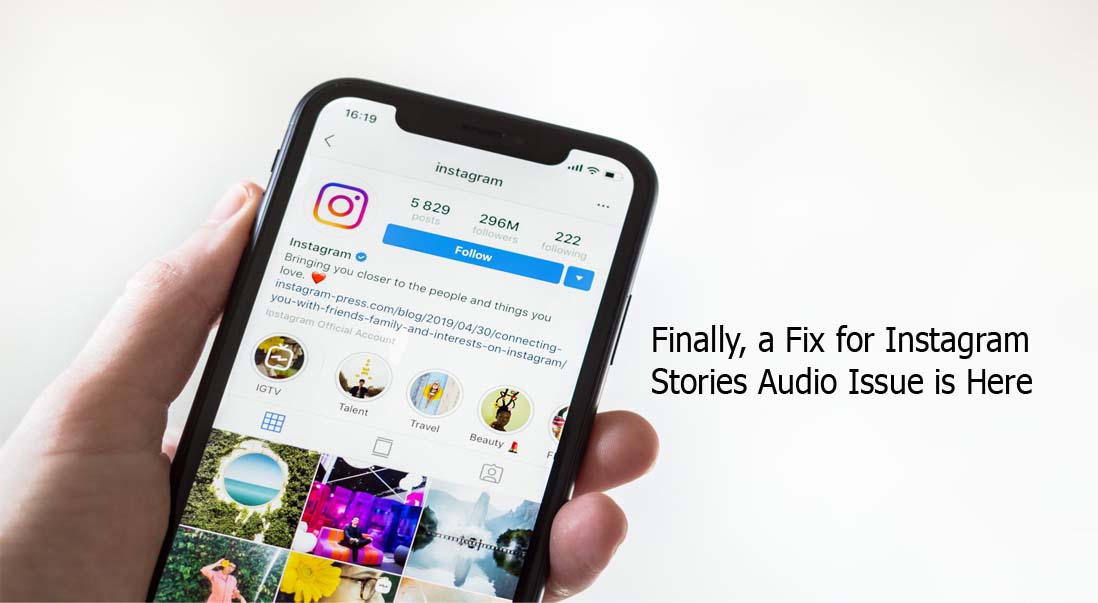 Finally, a Fix for Instagram Stories Audio Issue is Here

An update was released on Friday to address the issue and it seems it has finally fixed the problem. While the silent videos may come as a blessing to some users on the platform and app for friends who just want to put everything with sound on their Instagram story, the switch is not supposed to work in that manner. The silent mode normally is meant to control system sounds like text tones, ringtones and not the sounds you hear inside apps. It is that simple!

Some users were able to recreate the behavior on their iPhones running iOS 15. For others, the issue even came as early as during Apple’s software update public beta. As of now, it is not known if the same issue affected users sunning older iOS versions. Facebook however did not confirm if the said issue specifically was related to iOS 15 alone.

But the company provided a statement promising a fix, which reads: “We are aware that some people are having trouble hearing their audio in Instagram stories. We are working to fix this issue a quickly as possible and apologize for any inconvenience.”

When Will the Update be Available

As of yesterday, Friday, the update is available to download. Some users have even reported that the problem is gone. Audio now plays in Instagram stories even with the ringer off after pressing the volume button.

The Huawei Mate X3 Should Be Arriving Soon