On the Fairphone 4 Review, i think it will be hard to fault Fairphone due to its sustainable credentials over the years, whether it’s the company’s lengthy support periods, easy repairs, or properly sourced materials.

But when it comes to the devices themselves, previous Fairphones have struggled to be competitive with similarly priced smartphones. They lacked modern features, used outdated designs, and generally had more quirks than you’d expect to get from a modern phone. 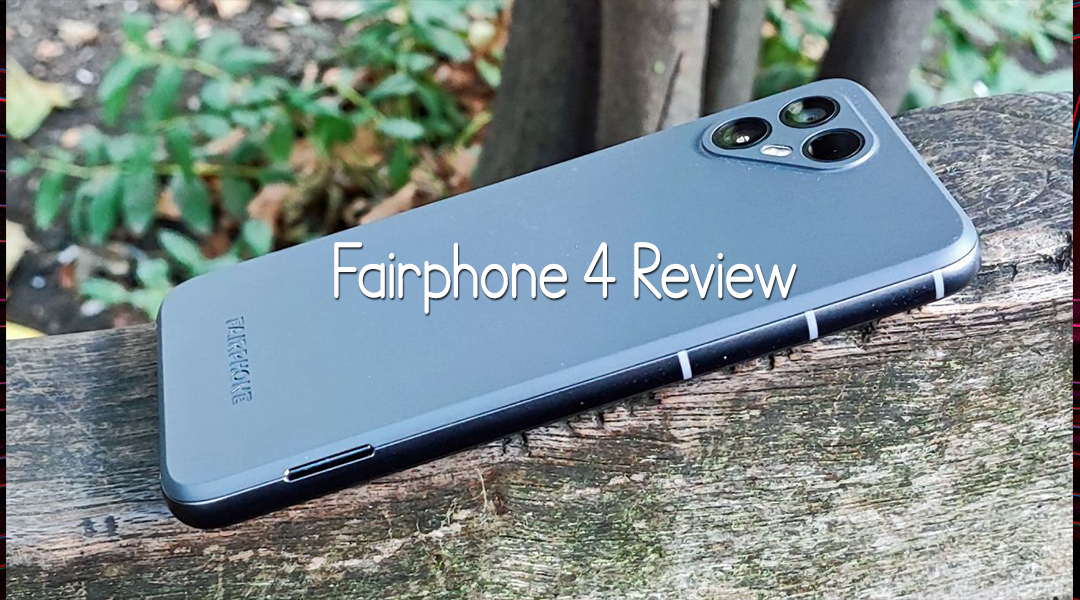 The Fairphone 4 is a big step forward. It’s every bit as sustainable, with a modular repairable design that Fairphone now offers a five-year warranty for. But more important is that it feels much more like a modern smartphone.

The huge top and bottom bezels of the Fairphone 3 have been stripped away, and there are also modern conveniences like an IP54 rating for dust and water resistance.

Fairphone has no plans to sell the Fairphone 4 in the states) for the 6GB RAM / 128GB storage model, the Fairphone 4 costs a premium compared to its competitors. It’s also getting a much more limited Europe-only release, with no plans for a US launch.

But if you only need a smartphone to do basic smartphone stuff, and you’re prepared to pay a premium over other similarly capable competitors, I think the Fairphone 4 is up to the task. The Fairphone 4 is available to pre-order now, and devices will start shipping on October 25th.

The Fairphone 4’s housing, with its sturdy aluminum frame, fits well in the hand. At 10.5mm, it is somewhat thicker than other current smartphones – the Dutch manufacturer does not want to submit to the slimness craze of the industry.

To avoid having to make the phone even thicker, there are already a few compromises. Among other things, the headphone jack is now missing. But the device is now protected against splash water – despite the removable back.

Both are otherwise identical and feature the same cameras, 3,905 mAh battery, and Qualcomm Snapdragon 750G processor.

Phone’s SIM Card Is Inserted under Its Removable Battery

Flip over the Fairphone 4, and you’ll see its back (made out of 100 percent recycled plastic), which can be easily removed without any tools to reveal the phone’s removable battery and the Phillips head screws that can be used to easily remove everything from its rear cameras to its USB-C port and loudspeaker.

You’ll need to take this rear panel off to insert a SIM card underneath the battery during setup, a process which handily doesn’t require the use of a SIM tool convenient given there isn’t one included in the box (though Fairphone tells me this may differ between release markets).

Performance is acceptable, battery life is good, and the phone’s screen is perfectly fine. But the only area of the Fairphone 4 that could be a real dealbreaker for some people is its camera, which, despite being based around a pair of 48-megapixel sensors, produces mediocre shots, even in broad daylight.

It’s nice to have the versatility of dual cameras, which are a first for a Fairphone, but it’s a shame that the images they capture are disappointing in anything other than broad daylight.

Brief Take On The Fairphone 4

There is one particular question that we all ask ourselves in most reviews and the same goes for the fairphone 4: Is the Fairphone 4 a device meant only for deluded vegan hipsters who live in the swankiest part of town and purchase organic vegetables?

Not at all, because compared to the Fairphone 3, the Danish social business enterprise has developed a really nice and great smartphone. However, you still have to make compromises in terms of technical features at this price point.